The people spoke Wednesday morning to The Associated Press on condition of anonymity because the hiring had not been announced. One person said the school's governing board scheduled a meeting later in the day to approve the hire. 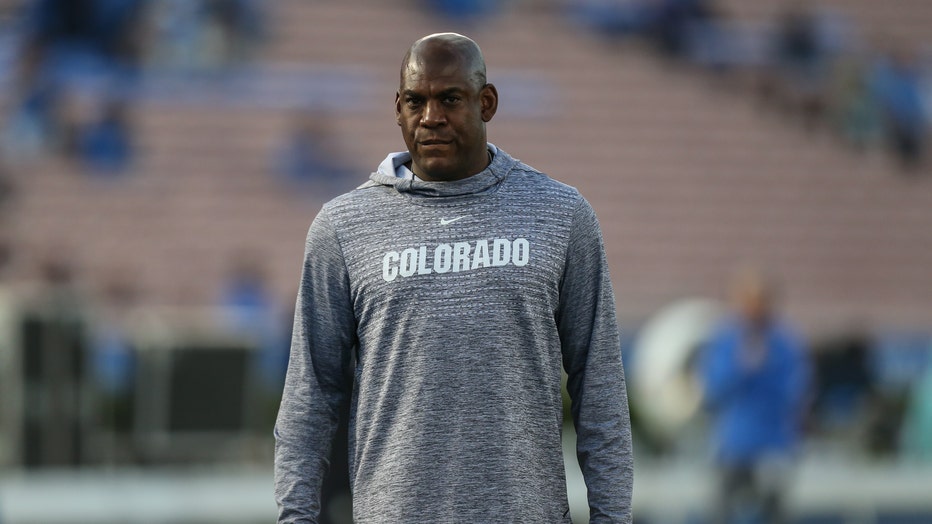 Colorado hired Tucker in December 2018, and gave him a shot to run a program after he was Georgia defensive coordinator. He was given a five-year, $14.75 million contract to lead the Buffaloes and they were 5-7 last season.

Tucker has ties to Michigan State because he was a graduate assistant at the school under Nick Saban in the late 1990s.

“I’ve known Mel for well over 20 years and he is one of the brightest coaches in our profession,” Saban has said. “They are getting a guy with a great personality, who knows college football, works hard each and every day, and does it with a tremendous amount of enthusiasm and positive energy."

After being an NFL defensive coordinator in Cleveland, Jacksonville and Chicago, Tucker became an assistant again under Saban at Alabama in 2015. He spent only one season with the Crimson Tide, helping them win a national title, before the Bulldogs hired him away. He also was the interim head coach for Jacksonville over the final five games in 2011 after Jack Del Rio was fired.

Tucker also was an assistant at Ohio State as a defensive backs coach when it won a national title under Jim Tressel, whose nephew, Mike Tressel, was Michigan State's interim coach briefly this month.

Dantonio retired with a 114-57 record over 13 years. He won three Big Ten titles and had a College Football Playoff appearance over a six-season span from 2010 to 2015.

The Spartans have slipped in recent years. They had 7-6 records the past two seasons and were three games over .500 in the four seasons following their playoff appearance.

Beekman appeared to be interested in hiring Cincinnati coach Luke Fickell, but he chose to stay at the American Athletic Conference school.

The first-time athletic director appeared to rally by reaching out to Tucker again during the search and making him an offer he apparently could not refuse.

Despite the presence of traditional powerhouse programs at Ohio State, Notre Dame and Michigan in the region, Dantonio proved a coach can win big at Michigan State.

He had at least 11 victories five times in that six-year span, becoming the first Big Ten coach to pull off that feat.

Before Dantonio began leading the Spartans in 2007, they had won eight or more games in consecutive seasons once and earned a trip to the Rose Bowl only once since their glory years in the mid-1960s under Duffy Daugherty.

Potentially, the program has a problem off the field.

Curtis Blackwell, a former Michigan State football employee, filed a lawsuit claiming his employment agreement was violated when he was disciplined while the school addressed sexual assault allegations against players in 2017. A recent filing in that case from Blackwell’s lawyer suggested deposition testimony from Dantonio may have revealed NCAA violations.

Beekman has said the allegations are patently false, to the best of the athletic department's knowledge. At a news conference on the day he decided to retire from coaching, Dantonio insisted the court case and potential fallout from it had nothing to do with his decision.