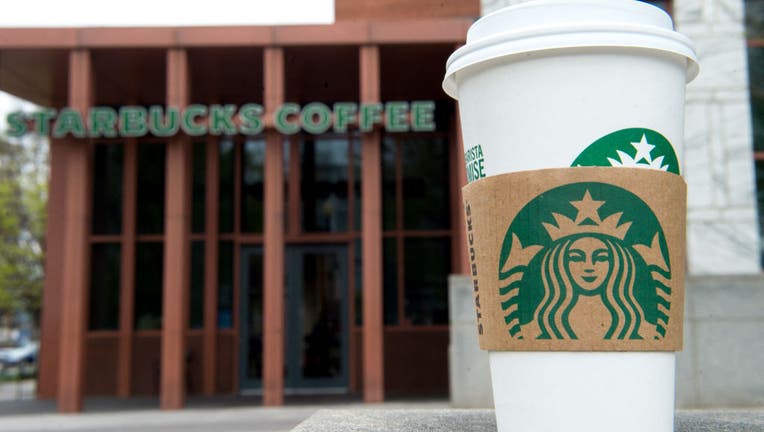 A Starbucks coffee cup is seen outside a Starbucks Coffee shop in Washington, DC, (Photo by SAUL LOEB/AFP via Getty Images)

ATLANTA - Workers at an Atlanta Starbucks voted to unionize on Wednesday, making them the third store in Georgia to do so.

The location at Ansley Mall passed the measure yesterday with a vote of 11 to three.

The store is the second in Atlanta to vote to unionize. The first on Howell Mill Road passed the vote earlier in June. Two other stores in Kansas City and the Mall of America Starbucks also chose to unionize the same day.

Workers hope the move will improve working condition and employee representation at the company.

More than 150 of Starbucks’ 9,000 company-run U.S. stores have voted to unionize since December, according to the National Labor Relations Board, and at least 10 stores have rejected the union. Many more elections are coming; at least 289 stores representing 7,244 workers across the U.S. have petitioned the NLRB to hold union elections.

The labor board says it has officially certified most of the elections, which means Starbucks must begin bargaining with the union at those stores. In May, just three — two in Buffalo, New York, and one in Mesa, Arizona — have begun the process; many others are talking to Starbucks about dates to begin negotiating, according to Workers United, which represents the unionized stores.

Earlier this week. the National Labor Relations Board petitioned a federal court to order Starbucks to halt a variety of activities at all of its U.S. stores, including offering benefits to non-union stores, threatening reprisals for employees who support unionization, refusing to bargain with stores that have voted to unionize and temporarily or permanently closing stores.

Earlier this month, Starbucks announced plans to permanently close a store in Ithaca, New York, that had voted to unionize. Employees at the store said the company is retaliating for their labor activism. Starbucks, which operates 9,000 U.S. stores, said it opens and closes locations regularly and based its decision on staffing and other problems at the store.

In its petition, the NLRB alleged Starbucks committed numerous violations of U.S. labor law in Buffalo, including surveilling employees about unionization plans by listening in to conversations on their headsets, promising higher pay and better benefits if they didn’t unionize and interrogating them for wearing union pins