ATLANTA - The country is coming together to honor the life and legacy of civil rights leader Dr. Martin Luther King Jr. on Monday.

Events will be taking place throughout metro Atlanta as part of the holiday celebrations, including an MLK Day 5k at Piedmont Park.

Multiple marches will also take place including one in Atlanta that starts at Peachtree and Baker streets and ends on Auburn Avenue, where there will be a replica of a 1955 MARTA bus. In DeKalb County, the march will be held from Green Pastures Christian Ministry to MLK High School. 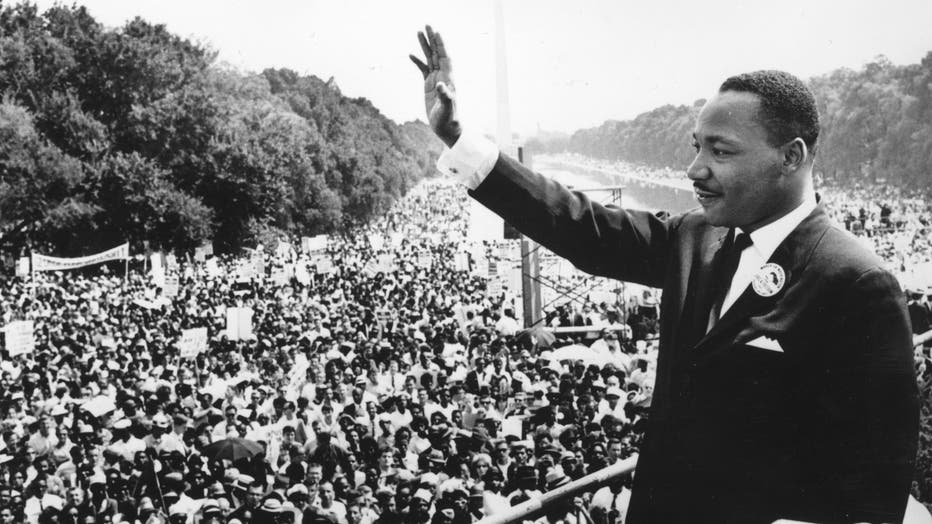 Martin Luther King Jr. addresses crowds during the March On Washington at the Lincoln Memorial, Washington DC, where he gave his 'I Have A Dream' speech. (Central Press/Getty Images)

And all day, there will be events going on at MLK park and tours of Dr. King's birth home.