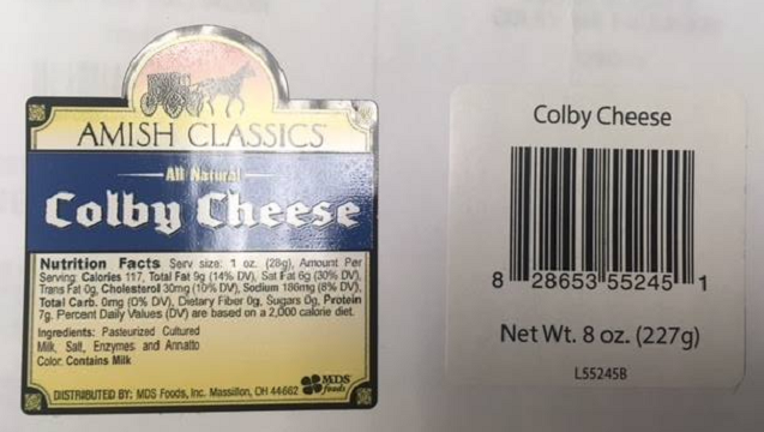 The action comes after the Agriculture Department discovered listeria monocytogenes in a sample of the cheese from a store in Trenton, Tennessee.

State agriculture officials urged anyone who purchased any of the items not to consume them. No illnesses have been reported in Tennessee.

Listeria monocytogenes can cause serious and sometimes fatal infections in young children, frail or elderly people, and others with weakened immune systems.