An Amber Alert has been issued for a 3-year-old girl who was abducted from a park by a woman in Greensboro, according to the police department.

Ahlora Ashanti-Sample Lindiment was taken from 2411 Phillips Avenue around 6:30 p.m. on Wednesday, Oct. 9. She was last seen traveling northwest with her abductor.

Police say Ahlora is a black female, with brown eyes and black hair. She's about two feet tall and weighs 40 pounds. Her hair is braided with multi-colored beads and she was last seen wearing a short sleeve pink t-shirt, black jeans, and possibly white sandals.

The suspect in the kidnapping is described as a black woman in her 20s, 5 feet, 6 inches tall, weighing 135 pounds with a medium complexion and a short ponytail.

She was last seen wearing a short sleeve black crop top and black pants with tiger print faces on them with a yellow stripe on one leg and a white stripe on the other. She also had on dark flip flops and a gold chain, police said.  Police released a photo of her on Thursday. 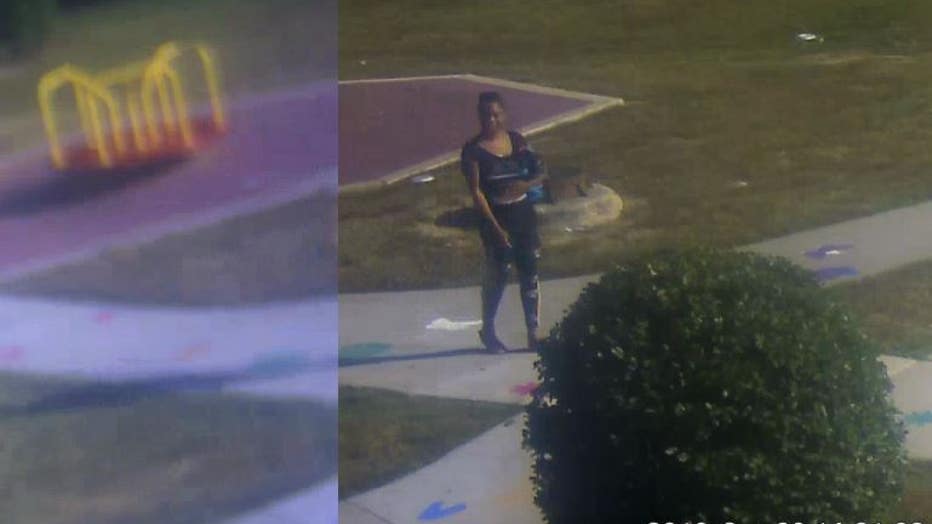 The FBI is assisting the Greensboro Police Department and the Guilford County Sheriff's Office with the investigation.

Anyone with information on the whereabouts of Alhora or the suspect is asked to call 911 immediately or contact the Greensboro Police Department at 336-574-4035. A $2,000 reward is now being offered for any information that leads to Ahlora being found.