COVINGTON, Ga. - A Covington family says they were surprised to find out that part of their home was damaged, but they were even more shocked to find out what caused it.

The home's security camera caught the van hitting the house and then driving away.

Trevor McKinley says he noticed part of the wall near his garage was damaged, so he checked his home security cameras.

The security video showed an Amazon delivery driver getting out of the van to deliver a package to the front porch.

The van, however, kept moving forward and crashed into the house.

Instead of dealing with the damage, the video showed the driver hop back into the van and drive away. 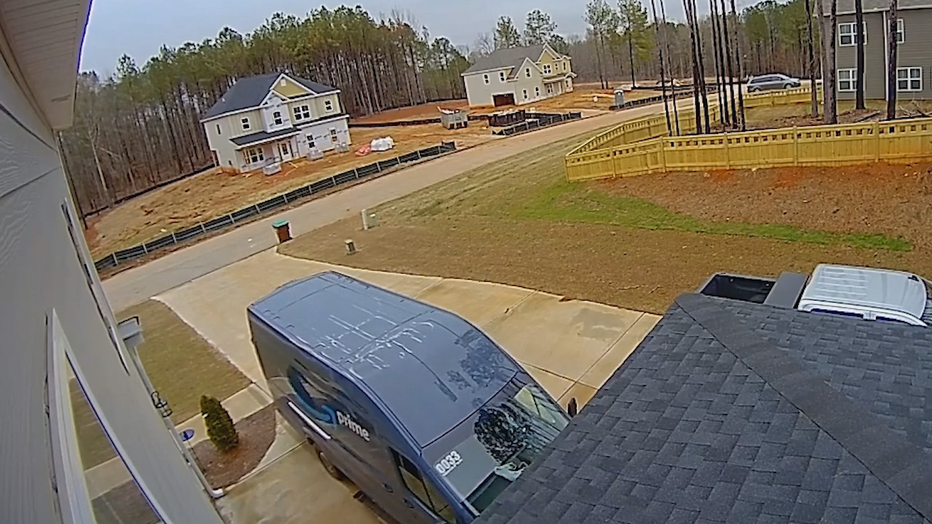 McKinley filed a police report but says he doesn't know if Amazon will be paying for the damage.

On Monday, Amazon released the following statement to FOX 5 Atlanta:

“We have been in contact with the customer and are working with them to make this right.”