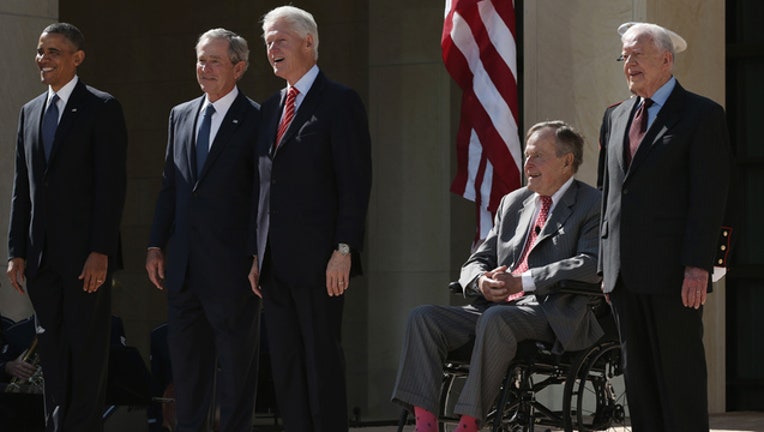 All living former presidents will attend a benefit concert at Texas A&M University to raise money for hurricane relief.

Former Presidents Jimmy Carter, George Bush, George W. Bush, Bill Clinton and Barack Obama will make an appearance at the “Deep From The Heart: The One America Appeal” concert on October 21.

The concert at the university’s Reed Arena will feature Alabama, The Gatlin Brothers, Lyle Lovett and Robert Earl Keen. Several other stars like 'Soul Man' Sam Moore, gospel legend Yolanda Adams, season three winner of "The Voice," Cassadee Pope, and others will perform.

"The 43rd President and I, and our distinguished colleagues in this 'One America Appeal,' are very grateful to these wonderful performers  some of them old friends, some of them new  for giving their time and talent to help the urgent cause of hurricane recovery in Texas, Florida and the Caribbean," said President George H.W. Bush. "It's important that those affected by these devastating storms know that, even if the path to recovery feels like a road that goes on forever, we're with them for the long haul."

All proceeds from the concert will go to the presidents’ hurricane relief effort. The donations will be distributed to hurricane victims from Harvey, Irma and Maria.

Tickets for the benefit concert are on sale now. They range from $30 up to $600.