Trump and Barr were in Atlanat to announce more than $100 million in new grants to help eliminate human trafficking across the country.

ATLANTA - Two Trump administration officials were in Atlanta Monday to announce a new push to end human trafficking in our country.

"I'm very proud that these resources are going to help law enforcement officers and victim service providers hold perpetrators accountable and give the victims of these crimes a place to turn for refuge and support," Barr said.

Earlier in the day, Barr and Trump visited the Georgia Center for Child Advocacy, which helps child abuse victims from DeKalb and Fulton counties. 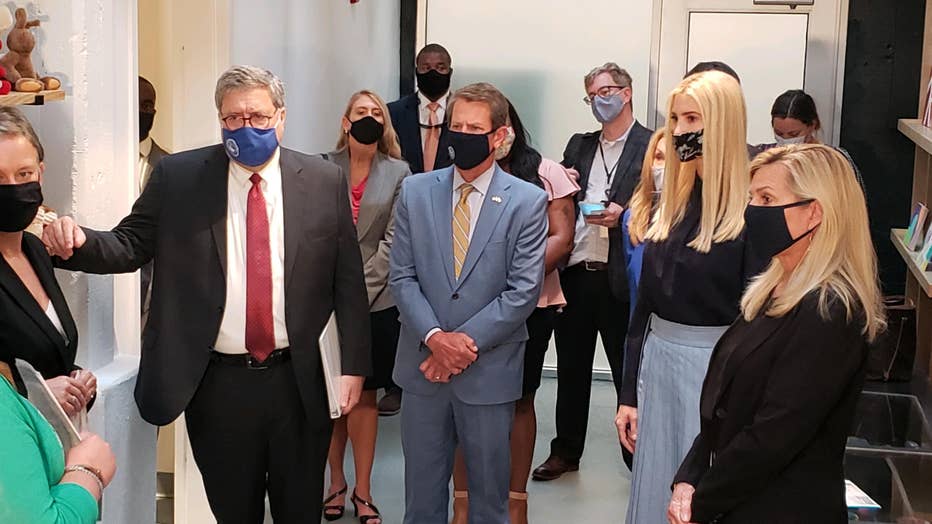 "That's another incredible organization doing great work and really, we just did a lot of listening - what resources they need, what has been most helpful," said Trump.

At the end of the hour-long roundtable discussion, Barr said he and Trump hope to take what they learned and help other states.

"Georgia has become a model in terms of how to approach the problem," said Barr.

Both he and Trump thanked U.S. Marshal Michael Yeagar for his organization's work during "Operation Not Forgotten" last month. Marshals recovered 39 missing Georgia children over a period of about two weeks and earned national recognition. The Marshals Service plans to conduct similar operations throughout the country in the coming months.