A Georgia man was freed after spending nearly two decades behind bars convicted of a 1985 double murder that has since been overturned.

ATLANTA - A judge has dismissed all charges against a Georgia man convicted of the 1985 double murder of a couple at a south Georgia church, exonerating him after he spent two decades behind bars.

"I am grateful that this part of the nightmare is behind me," said Dennis Perry, holding back tears on the courthouse steps.

On his first day as a free man, Perry’s cousin, Suzanne Baugh, said he and his wife spent time on the beach.

"He really does feel free," she said.

Glynn County Superior Court Judge Stephen Scarlett granted a motion by prosecutors to dismiss the case against the 59-year-old man. Scarlett last year gave Perry the chance for a new trial after DNA recovered from the crime scene matched a different suspect during reinvestigation of the case. He also ordered Perry’s release from prison while prosecutors decided whether to refile charges.

Perry, who had maintained his innocence, said in a statement he "knew that eventually, someone else would see the truth."

"You just can’t fathom it that someone had 20 years of their life taken away from them," said Suzanne Baugh, Perry’s cousin.

The Swains were killed inside Rising Daughters Baptist Church in Waverly, Georgia, in 1985. 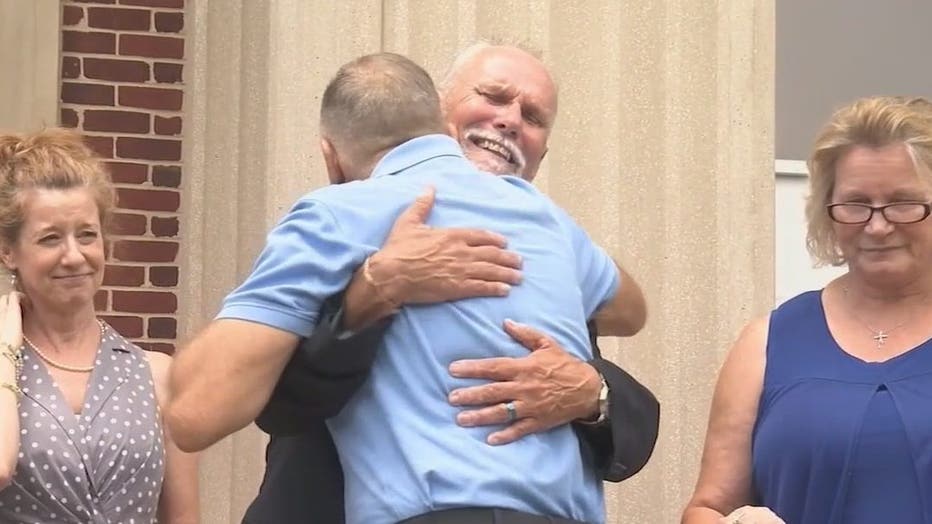 Perry was convicted in 2003 largely on the testimony of his ex-girlfriend’s mother, who said Perry had told her he planned to kill Harold Swain. The state didn’t disclose to the defense that the woman was paid $12,000 in reward money for her testimony. Perry received two consecutive life sentences in prison.

The new DNA evidence has cast suspicion on another man in the murders. Authorities were led to that suspect after reporting by The Atlanta Journal-Constitution found his alibi was fabricated, Perry’s attorneys said.

The Georgia Innocence Project spearheaded the effort to get Perry freed. Clare Gilbert, the executive director, said Perry would have been killed by the state for the conviction.

"The prosecutor was seeking the death penalty and the jury convicted him based on remarkably flimsy and unreliable evidence," she said.

Gilbert added that he escaped death row by waiving his right to appeal.

She argues that more needs to be done to make sure that people aren’t sitting in prison for crimes they didn’t commit.

"We need to think about some real reforms to make sure that things like this don’t continue to happen in the future, or they can be corrected more easily," she said. 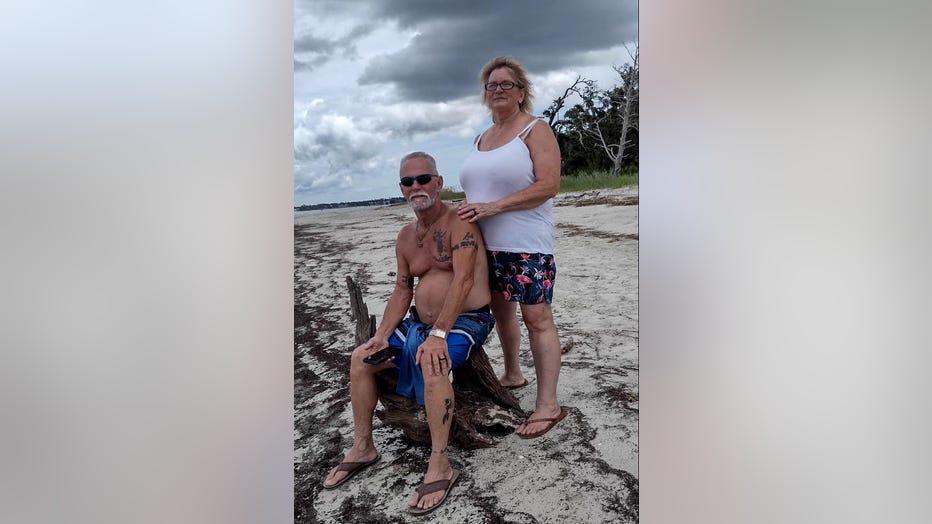 Gilbert said Georgia is one of fourteen states that doesn’t have a law that mandates the compensation of wrongly convicted people for the time they wasted behind bars.

Talking to news cameras after his exoneration, Perry teared up in admitting that he likely won’t be able to afford retirement.

"I don’t want anyone to go through what I went through," Perry said.

The GIP set up an online fundraiser to help him get back up on his feet.