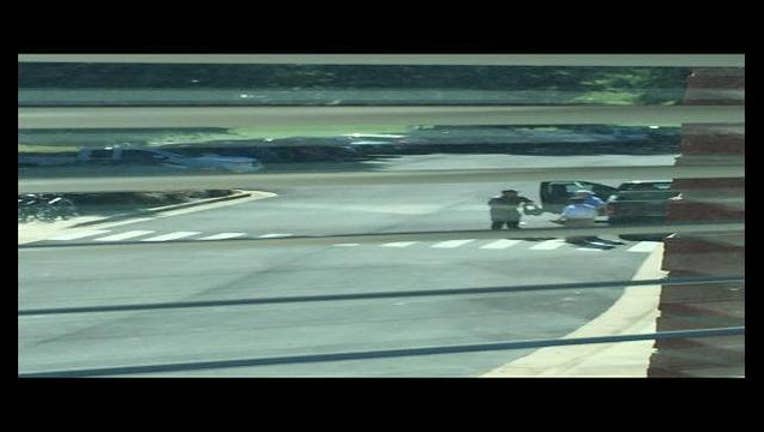 JACKSON, Miss. (AP) - Mississippi State University officials say the school's police force arrested a freshman after he made threats to kill himself and others that sparked a campus lockdown Thursday. However, authorities said they found no gun and believed no shots were ever fired.

"The university received what we believed to be a credible threat," MSU spokesman Sid Salter said, explaining why the university issued an alert for an "active shooter." He said officials didn't want to wait to issue an alert until someone was injured.

MSU issued an all-clear and was to resume classes at 2 p.m. Officials said the student is likely to face criminal charges.

That threat prompted a campus alert at the 20,000-student university just after 10 a.m., prompting students, faculty and staff to lock themselves into offices and classrooms. The freshman was arrested a short time later in front of McCool Hall on the Drill Field, the quadrangle at the heart of campus.

Richard Corey, who provides information technology support for the university's engineering school, said he received a text alert to his phone, prompting him and about a dozen other people to lock themselves into the engineering dean's office on the second floor of the McCain Engineering Building, which faces the Drill Field.

"It was very tense, everyone was very nervous," said Corey, who has worked at MSU since 2008. "It was difficult to accept the reality that this was happening in front of us."

Corey said he watched through a window as students were evacuated from the student union across the field, and then saw police cars pull onto the grassy area. A short time later, he saw the student handcuffed and taken away by MSU police. Mississippi Highway Patrol spokesman Johnny Poulos said the freshman was transferred to the Oktibbeha County Jail.

The campus remained nervous after the arrest, though, with rumors of additional threats circulating online. Corey said he saw students running and hiding even after the all-clear was issued.

"A lot of students are kind of wandering around in a daze, talking on their cellphones to their loved ones," he said.

MSU officials, though, said the threat was over.

"There has been no second shooter," Salter said. "The only suspect is in the custody of the MSU police department."