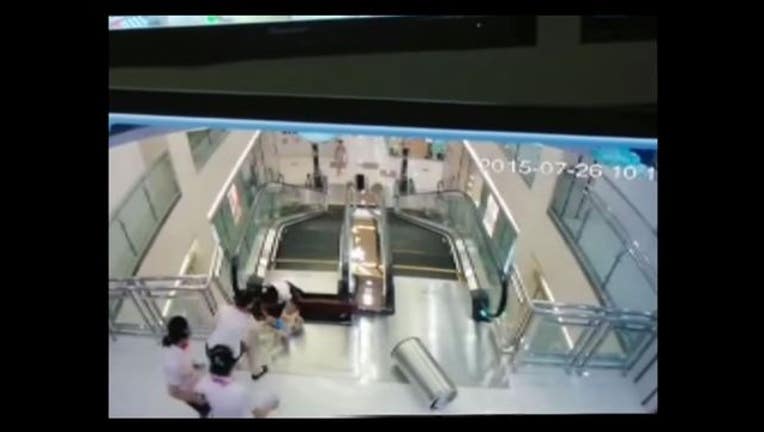 **CAUTION - Some may find this video disturbing **

Surveillance footage, obtained by a television news station in China, shows from a mall security camera the moment a platform collapses beneath a woman as she steps off an escalator with her young son. Fortunately the woman is able to hand off her child to several women at the top, but the ladies aren't able to keep the woman from eventually being sucked beneath the escalator.

It took rescue crews four hours to find her. She was pronounced dead at the scene. The incident, which happened on Sunday, July 26, has generated a huge amount of controversy on Chinese social media.