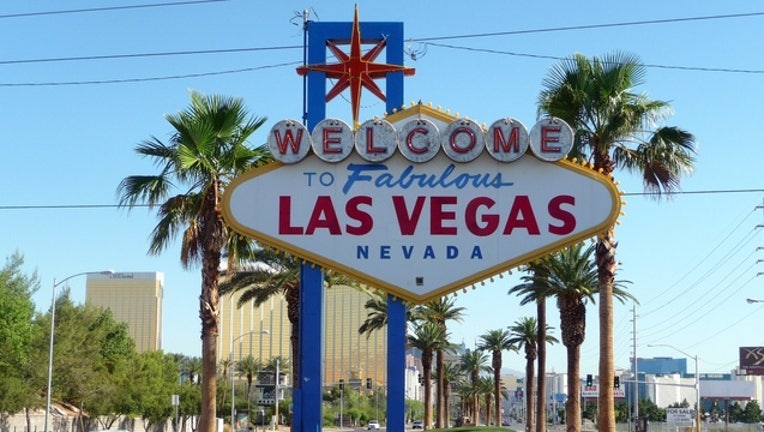 A bettor using his phone app put $1.1 million on the Atlanta Falcons plus 3 points in the Super Bowl, part of an influx of money that could make Sunday a record day in Las Vegas sports books.

Sports books around the city said betting was strong leading up to the game, with a good chance the action will top the record $132.5 million wagered on last year's game between Denver and Carolina.

"I wouldn't bet against it," said Jay Kornegay, who runs the sports book at the Westgate Las Vegas. "It will be close, but I think we could easily set another record."

The unidentified bettor who wagered the $1.1 million was a customer of CG Technology, which operates a string of sports books in the city. The bettor will get $2.1 million back if the Falcons win the game or lose by 1 or 2 points.

"For a Super Bowl a bet of that size is not all that unusual," said Jason Simbal, vice president of risk for CG Technology. "Historically we'll generally take a bet of $500,000 and up on the Super Bowl."

Simbal said the line at his company's books did not move on the big bet, largely because of a number of smaller bets made on the New England Patriots. He and other bookmakers said there was such strong action on both teams that the line hasn't moved off 3 points since it was first set nearly two weeks ago.

"We're pretty balanced, with 53 percent of the money on the Falcons," Simbal said. "It seems like everybody else is in a similar position, too."

At the Westgate, Kornegay said the betting line was 80 deep Saturday afternoon as bettors who had been studying the line for the last 12 days began putting money on their favorite. Kornegay said bookies were getting such good two-way action that there is almost no risk of losing money on the biggest bet game of the year.

"It's a very comfortable booking game for us," Kornegay said. "We pretty much know what we need to do and it's very easy to position yourself there with not much effort."

The situation was similar at the South Point hotel-casino, where veteran oddsmaker Jimmy Vaccaro was enjoying a relatively relaxing day Saturday.

"This is a bookmaker's delight," Vaccaro said. "We haven't had to move one number, one side, one total or the money line."

Nevada sports books made $13.3 million on last year's game, which drew a record handle. That was in line with the 10 percent books charge bettors as the vigorish or "vig" as it's known in the industry.

Bettors can wager on hundreds of so-called "props," or proposition bets at most books that include everything from who will win the coin flip to whether the game will go to overtime. The props have taken on a life of their own in recent years, with books trying to outdo each other with new offerings.

At the William Hill string of books, one bettor wagered $500 that the Patriots would score exactly 46 points. The odds against it were 150-1, meaning the ticket would cash for $75,000 if it hit.

Vaccaro, who has been running sports books in Las Vegas since the late 1970s, said he can't remember a Super Bowl where there was almost no movement on any of the lines.