ATLANTA - A 9-year-old child was struck over the weekend at a busy Buckhead intersection. He's one of the youngsters, a "bottle boy," who attempt to sell a beverage for a buck.

Fortunately, the child did not get seriously hurt. Police say a motorist stopped initially, but then left the scene of the accident. 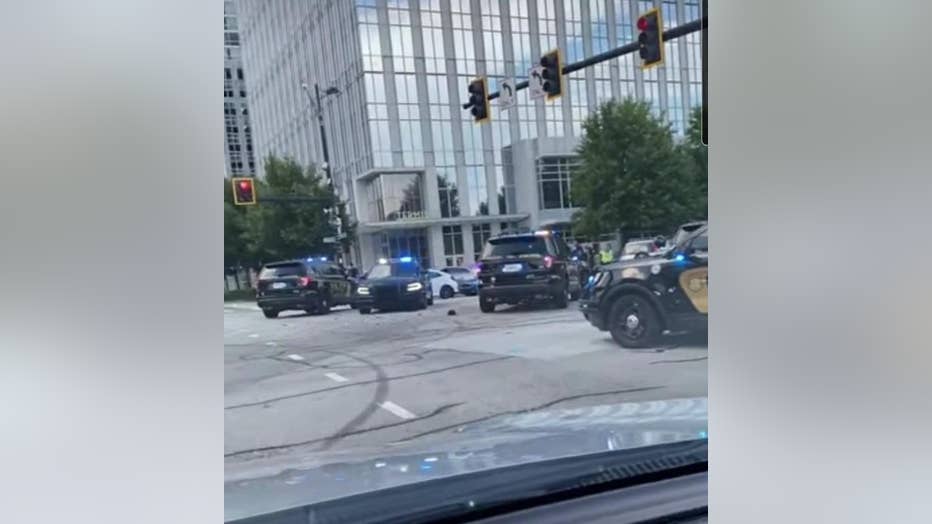 Critics who complain the city needs to end the activity, which is growing all over the city, said they warned someone would get hit.

"Yeah, it was inevitable," said Howard Shook, the councilman from the Buckhead district. "It has grown from a few people to what we have today because these kids can make a lot of money."

Amber Connor, a community leader in Atlanta, said she was sickened when she heard the news. Connor is the mother of young children and said city leaders have to be concerned about the safety of all young people.

Bottle boy injured after being clipped by car

A 9-year-old boy selling water at the intersection was clipped by a car over the weekend prompting outrage from several community leaders.

Connor said the hustle the children show trying to make some money can be applauded, but darting in and out of traffic is not a safe way to do it.

It is not just the traffic hazard that complicates the street selling. There is tension among some commuters and the boys -- some of whom are seen as too aggressive.

Police are instructing the motorist who struck the nine-year-old boy to call the authorities.