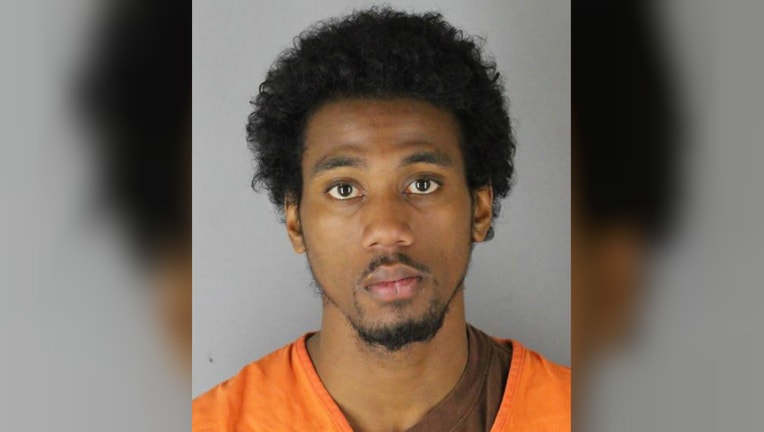 Leroy Davis-Miles is charged in connection to an assault of a 75-year-old man. ( Hennepin County Jail )

MINNEAPOLIS (FOX 9) - A 75-year-old man, who was punched last week after he allegedly asked people on the bus to lower their voices, has passed away from his injuries, according to the Minneapolis police.

Wednesday, the Hennepin County Medical Examiner identified him as Shirwa Jibril, of Minneapolis. He died of "complications of blunt force head injuries."

The suspect in the assault, 23-year-old Leroy Davis-Miles, was originally charged with first-degree assault, but his charges have since been upgraded to second-degree murder.

The assault happened in the afternoon on November 6 in Minneapolis in the 2900 block of Chicago Avenue. According to the charges, Jibril boarded a Metro Transit bus the same time as a group of young men. Surveillance video shows the man asked the group to not be so loud. In response, the group of young men threatened to attack the 75-year-old man when he got off the bus. When the man got off the bus at the Chicago-Lake Transit Center, the group followed. Surveillance video shows Davis-Miles punched the man, who fell and hit his head on the pavement.

Police say the 75-year-old man suffered a serious brain injury. He passed away at 1:36 p.m. Tuesday, marking the city's 39th homicide this year.