Four men inside a black Dodge Charger from the Chicago area led deputies in Forsyth County on a high-speed chase this week.

FORSYTH COUNTY, Ga. - Three people from Chicago were arrested this week in Forsyth County after leading deputies on a high-speed chase. Video of that chase was released on Thursday.

The Forsyth County Sheriff’s Office said it started when someone reported a "reckless driver throw out a suspicious bag." Deputies said they were able to catch up with the black Dodge Charger with Arizona license plates in the parking lot of Merchant’s Square on Atlanta Road. Four men got out of the car, but when deputies said they attempted to stop them, they got back into the car and fled the scene.

Deputies gave chase believing the men may be connected to a recent string of thefts in the area. 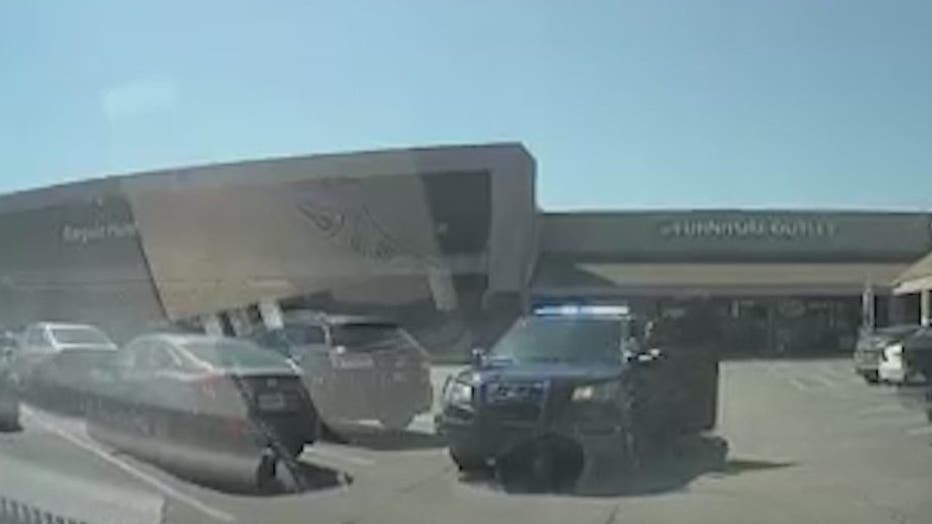 The chase didn’t last long. Deputies performed a PIT maneuver near Buford Dam Road, less than a mile from the shopping center. The car stopped and it appeared the men were surrendering, even the front passenger had his hands up and out of the car window.

Deputies said the driver decided to try his luck with another getaway. But before they could get anywhere, the deputies used their cruisers to pen the car.

The Forsyth County Sheriff's Office released this video of a chase and arrest on April 12, 2021.

One by one, the men were brought out of the car. Deputies said all four were from the Chicago area.

Deputies said the driver, identified by police as Qushawn Hawkins, and one passenger have an extensive criminal record including multiple felony convictions for violent crimes in Illinois. 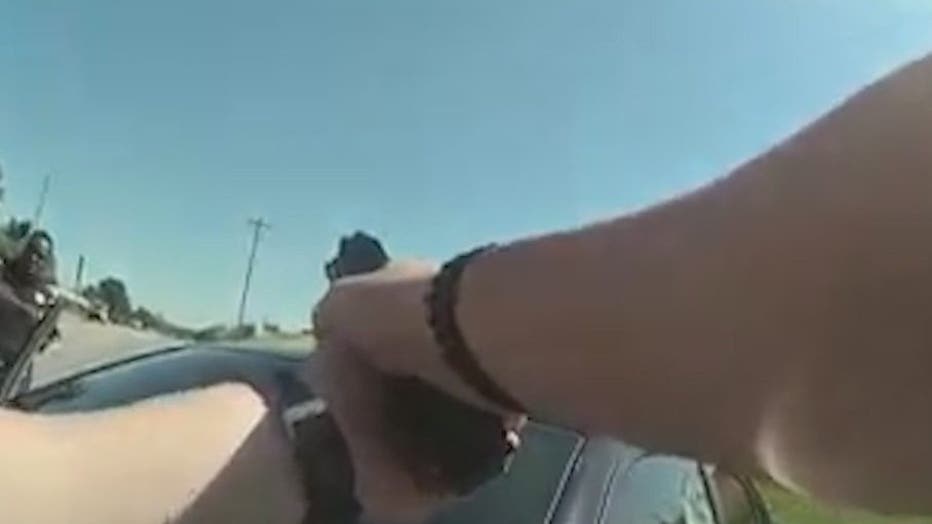 Hawkins was charged with unlawful use of a hands-free device, reckless driving, felony fleeing, failure to maintain lane, improper erratic lane change, failure to obey a traffic control device, possession of marijuana less than 1 ounce, forgery in the 1st and 2nd degree. He was being held on an $18,240 bond.

Passenger Javon Sherrod was charged with failure to use a seatbelt, possession of marijuana less than 1 ounce, and possession of a firearm by a convicted felon. He was being held on a $23,930 bond. 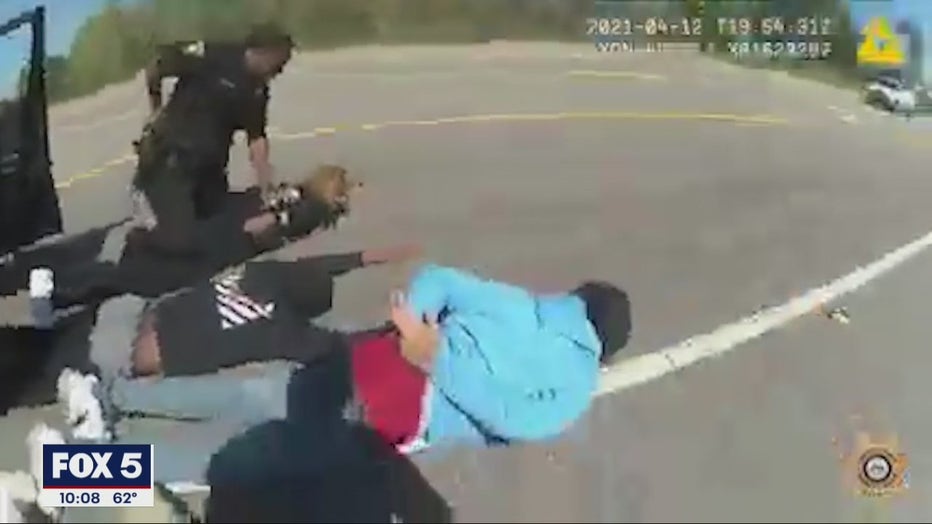 Kantrelle Hawkins, a second passenger, was charged with possession of a firearm by a convicted felon and was being held on an $11,130 bond.

All three were booked into the Forsyth County jail.

The fourth occupant of the vehicle was not charged.