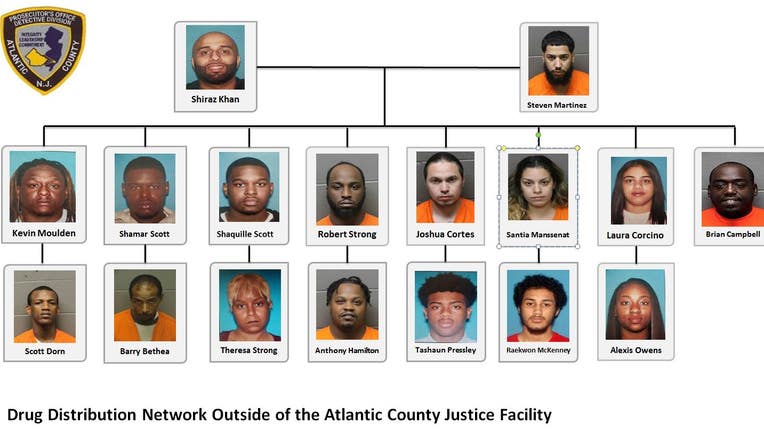 30 people were charged in connection to a large-scale drug ring in New Jersey.

Khan continued to operate the drug trafficking ring while incarcerated at an Atlantic County jail, according to investigators. He allegedly had drugs smuggled into the prison by 26-year-old Corrections Officer Luis Mercado and used cell phones to coordinate with outside dealers.

Nine people who were charged in connection to the R.I.C.O drug ring were already in prison when charges were filed, according to prosecutors. Other suspects were nabbed in Egg Harbor, Galloway Township and Hamilton Township, an indictment said.

County and local police departments are continuing to investigate crimes levied against the drug trafficking ring.

Wilmington Police announce recovery of over 8,900 bags of heroin along with guns, after arrest