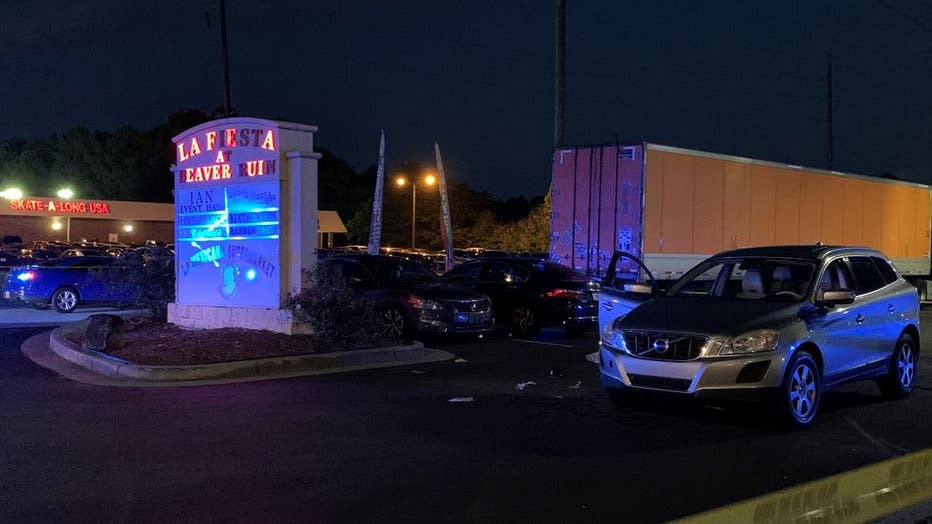 The shooting happened in the 700 blocks of Beaver Ruin Road in Lilburn near the La Fiesta at Beaver Ruin, according to investigators.

Lilburn officers working an off-duty job nearby heard gunshots and went to the scene. When the off-duty officers arrived they found a male victim suffering from a gunshot wound to the stomach.

Witnesses told police the second victim, who suffered an apparent gunshot to the chest, left the scene and went into the back of a pickup truck before officers arrived.

Police later found the victim in the area of Burns Walk Court.

Both victims were taken to Northside Gwinnett Hospital, with what was described as serious injuries.

A third victim was found nearby at a residence off Cliffglen Way. He was taken to Grady Memorial Hospital.

Investigators believe all three victims arrived at the location of the shooting together.

Details about the victim's ages were not immediately made available.

Armed suspects were spotted leaving the scene in multiple vehicles.

No word on what led up to the shooting, but police said it is possibly drug-related.

Anyone with information about the case should contact the Gwinnett County Police Department at 770-513-5300.

Tipsters who wish to remain anonymous should contact Crime Stoppers at 404-577-TIPS (8477). Tipsters can receive a cash reward for information leading to an arrest and indictment in this case.