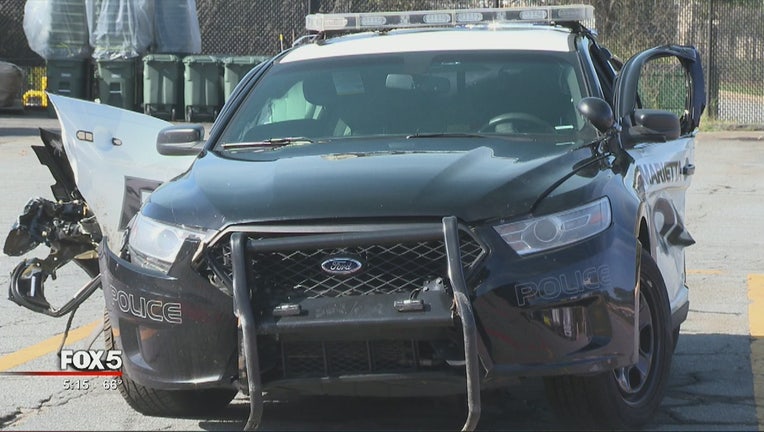 MARIETTA, Ga. - A close call for two Marietta Police officers when a driver slammed into both their patrol cars on I-75. One officer had to jump out of the way to avoid getting hit, and the dramatic encounter was all captured on bodycamera video.

Marietta police officers were called to the side of I-75 north to help some college students having car trouble,  but before they could get a HERO unit out or flares to block traffic, a driver pummeled into both their cars.

"The officers, when I spoke with them, were unbelievably grateful they were okay, shocked at the outcome, shocked at what you see as the visual," said McPhilamy.

One officer jumped the dividing wall to get to safety...The other officer was feet away.

"He reached into the trunk to get some flares, only made it a few steps back into the shoulder and then the car impacted his," said McPhilamy.

Officer McPhilamy said the outcome of this crash is lucky. Now, he's focused on making sure drivers remember the "Move Over Law."

"When the lights are flashing, we need you to slow down or move over one lane, either is acceptable," said McPhilamy.

McPhilamy says the consequences of ignoring the law are far too high--for everyone involved.

The driver of the car that ran into the officers and his passenger were sent to the hospital with non-life threatening injuries. Police said there may be charges pending in this case. The investigation is ongoing.