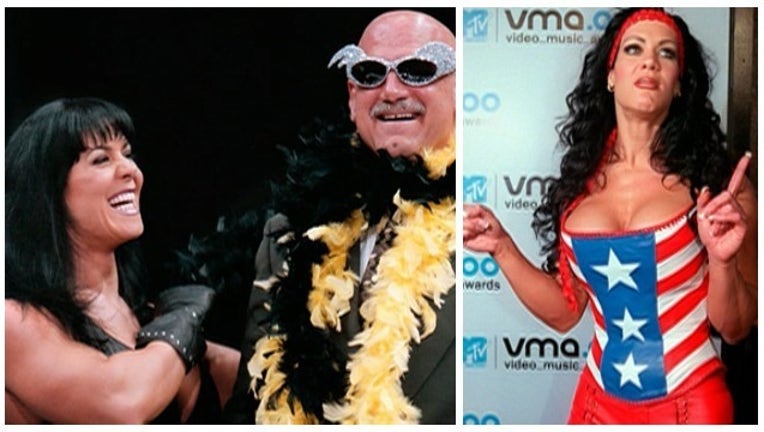 REDONDO BEACH, Calif. (AP) - Chyna, the WWE star who in the 1990s became one of the best-known and most-popular female professional wrestlers in history, has died, authorities said.

Police in Southern California said they were responding to a 911 call from a friend of former WWE wrestler Chyna when they found her dead in her Redondo Beach apartment.

A friend had gone Wednesday to check on Chyna, whose real name is Joan Marie Laurer, after she had failed to answer her phone for a few days, Redondo Beach police said in a statement. The friend told the 911 operator that Laurer wasn't breathing.

The 46-year-old Laurer was dead when officers arrived, police said. Several media outlets report that she was 45.

Neither police nor coroner's officials have released any cause of death, but according to TMZ Sports officials are investigating her death as a possible overdose.

A coroner's investigator was still at the location with the body late Wednesday night, according to Los Angeles County coroner's Lt. Larry Dietz. He said he had no further information on the death.

The tall, muscle-bound, raven-haired Laurer billed herself as the "9th Wonder of the World" because her wrestling predecessor Andre the Giant had already called himself the eighth.

She was a member of the wrestling squad that dubbed itself "D-Generation X," often wrestled against men and at one point was the WWE women's champion.

On her official website a statement posted Wednesday night reads, "Today we lost a true icon, a real life superhero. Joanie Laurer aka Chyna, the 9th Wonder of the World has passed away. She will live forever in the memories of her millions of fans and all of us that loved her."

Laurer was a native of Rochester, New York and graduated from the University of Tampa in Florida before taking up wrestling.

After leaving the WWE in 2001, Laurer posed for Playboy and appeared in adult films and on reality TV, including the shows "The Surreal Life" and "Celebrity Rehab with Dr. Drew."

This story has been updated to reflect that Laurer was 46, according to a police statement.