The son of a former UGA football player and gymnast became trapped inside a house fire. The 10-year-old was not able to escape.

CARTERSVILLE, Ga. - The 10-year-old son of a former UGA football player and former UGA gymnast died in an early morning house fire in Cartersville on Friday.

Cory and Courtney Phillips were out of town when the fire broke out, officials said. Around 3 a.m., firefighters responded to a home located on 9 Galway Drive. The house was found "significantly involved" when fire crews arrived at the scene. Even though it took firefighters four minutes from dispatch to arriving at the home, the flames became too intense. 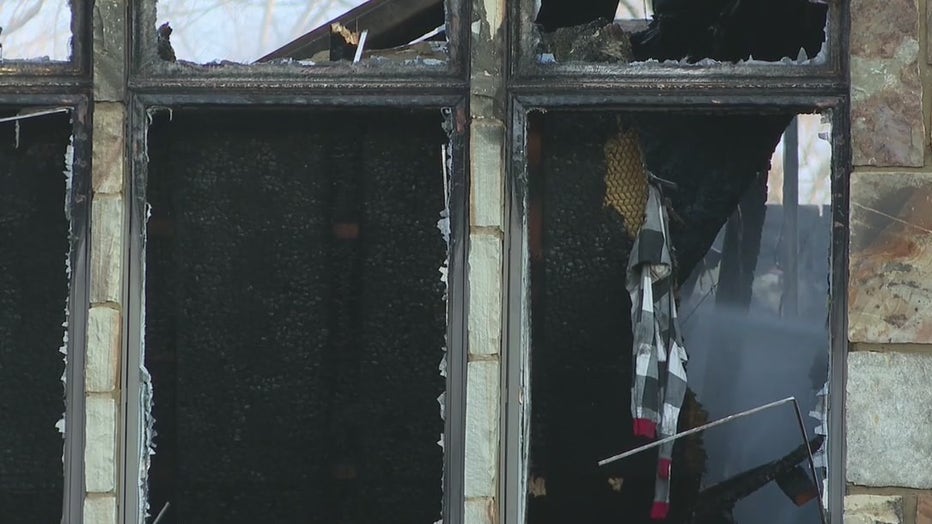 "We attempted an interior fire attack, the fire was so heavy our guys attempted it several times and finally they were just pushed out as a structure started coming down," said Chief Scott Carter, Cartersville Fire Department.

The more than 20 firefighters battling the blaze had no choice to pull out of the home and fight the flames from the outside, he said.

"The heat had gotten so high that the firefighters, through their protective clothing, they were receiving thermal burns," Chief Carter said. 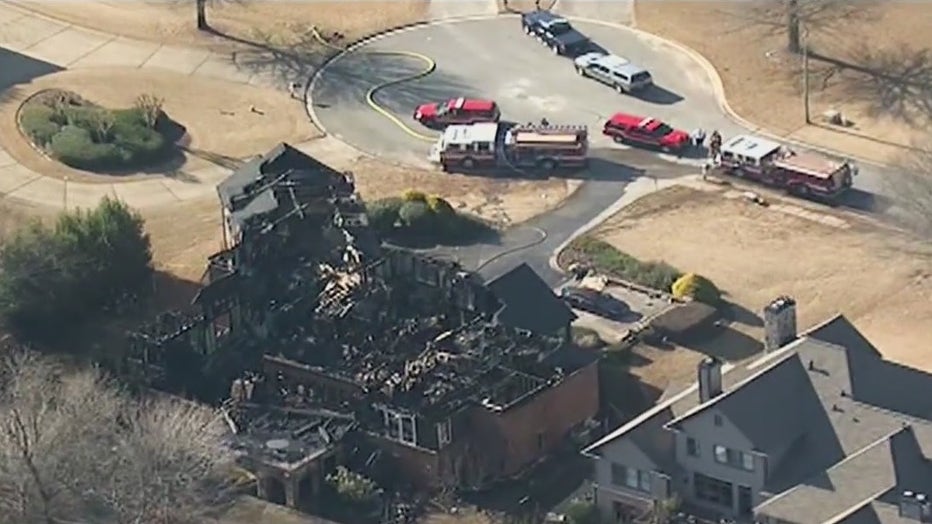 Video from SKYFOX 5 shows how the fire ate through the roof of the house leaving behind just the frame.

"Unfortunately at that time, we also realized that there was no possibility of any occupants that could’ve survived such a fire," the chief said.

More than 12 hours after the fire was knocked down, firefighters remained at the scene hitting hot spots.

"This house was a little over 9,000 square feet and it was heavily damage, so, this will be an extensive investigation that will probably go well into next week," the chief said.

The Cartersville Fire Department, the Georgia State Fire Marshals Office, and the Bartow County Medical Examiner and Coroner’s Office are collaborating to determine the cause of the fire.

There were four people inside the home during the time of the fire. Three individuals made it out safely, but a 10-year-old boy was not able to make it out. 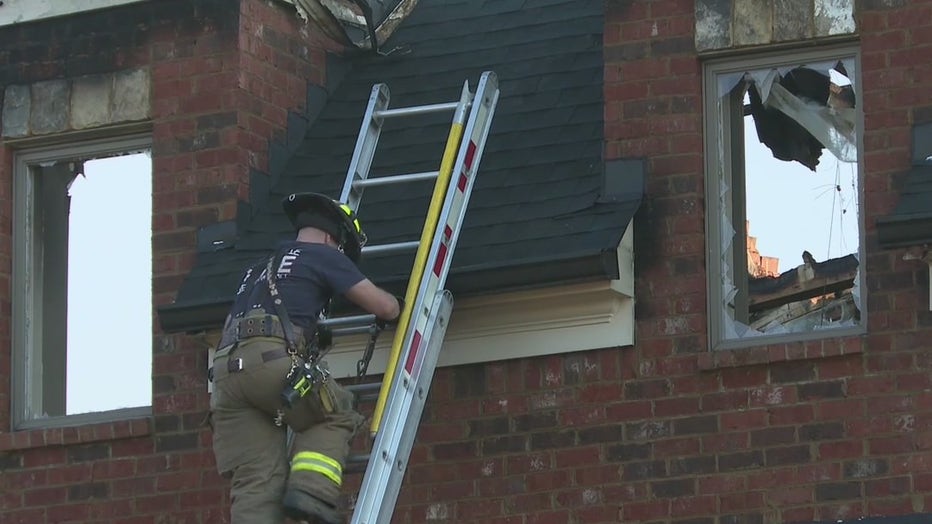 The child was pronounced dead on the scene, fire officials confirmed.

"You prepare for this day, you train, you do everything you possibly can within your power. Sometimes, it’s just not good enough. And we realize humbly that things can be out of our hands," the chief said.

The child's parents are back in Georgia. At least one of the parents stopped by the home to survey the loss, but while surveying the damage to the home what couldn't be seen was the loss in their heart.

Many in the close-knit community have expressed their regards to the family.

The fire remains under investigation.