PARCHMAN, Miss. - One of two prisoners believed to have escaped from one of several Mississippi prisons recently rocked by violence is back in custody, authorities said early Sunday.

Dillion Williams was discovered missing from the prison during an emergency count early Saturday morning.

The Mississippi Department of Corrections tweeted just before 3:30 a.m. that David May was in custody. Further details weren't immediately released.

Gov. Phil Bryant on Saturday said via Twitter that he directed “the use of all necessary assets and personnel” to find the two inmates who escaped Saturday from the Mississippi State Penitentiary at Parchman. Five inmates have died in prison violence since Dec. 29; three of those deaths have occurred at Parchman.

The corrections department said in a Facebook post that May, 42, and Dillion Williams, 27, were discovered missing from Parchman during an “emergency count" about 1:45 a.m. Saturday. May is serving a life sentence for two aggravated assault convictions in Harrison County, and Williams is serving a 40-year sentence for residential burglary and aggravated assault in Marshall County.

The state Department of Public Safety deployed state troopers and the highway patrol's special operations group to help the Department of Corrections find the two inmates and to help restore order at the troubled facility that they escaped from, Bryant said.

The department said via Twitter on Saturday afternoon that there were no major disturbances occurring at Parchman.

“There was a minor fire at Unit 30 earlier this week. That fire, set by an inmate, was immediately extinguished. Like other facilities in the prison system, the prison has limited movement,” the department tweeted.

Parchman is a series of cell blocks scattered across thousands of acres of farmland in Mississippi's Delta region. Inmates who escape their cells sometimes don't make it off the property.

Mississippi's outgoing prisons chief said Friday that four of the five killings of inmates since Sunday stem from gang violence, as guards struggle to maintain control of restive inmates.

Corrections Commissioner Pelicia Hall said the department won't confirm the names of the gangs “for security purposes," but relatives of inmates who spoke to The Associated Press and other news outlets said there's an ongoing confrontation between the Vice Lords and Black Gangster Disciples.

It wouldn't be the first time the two gangs have warred behind bars in Mississippi, with previous confrontations at Parchman and other prisons over the past 15 years. A 2015 survey found nearly 3,000 Black Gangster Disciple members and nearly 2,000 Vice Lords in prisons statewide.

“These are trying times for the Mississippi Department of Corrections,” Hall said Friday.

All state prisons statewide remained locked down Saturday, Bryant said, with inmates confined to cells, and no visitors allowed.

The first of five inmates identified as dying was Terrandance Dobbins, 40, who died Sunday at the South Mississippi Correctional Institute in Leakesville. Two days later, Walter Gates, 25, was stabbed and several other inmates were injured at Parchman during a fight that spread to multiple units of the sprawling prison. Then on Thursday, Gregory Emary, 26, was killed at the Chickasaw County Regional Correctional Facility, a county-run jail that holds state inmates. Also Thursday, 32-year-old Roosevelt Holliman was fatally stabbed at Parchman in a fracas that led to multiple injuries. Before dawn Friday, Denorris Howell, 36, was found dead in his cell at Parchman. 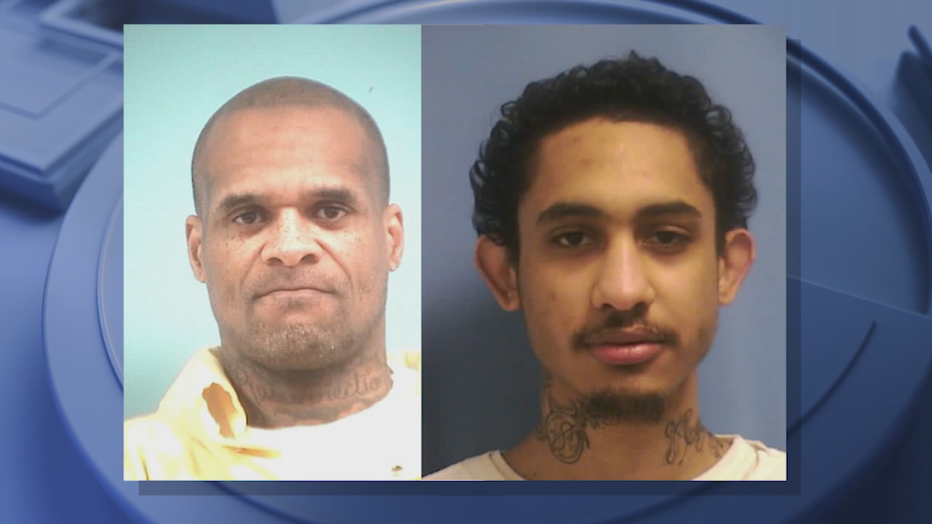 Police are still searching for Dillion Williams (right) after he and another inmate escaped from prison during an emergency count.

Corrections officials have repeatedly not answered questions about how many people overall have been injured, or whether there have been other violent incidents in prisons.

Mississippi's prison system has struggled to fill guard vacancies, with Hall saying it's difficult to attract people with salaries that start below $25,000 a year. Some guards end up bringing illegal drugs and cellphones into prisons. Criminal charges were filed in 2014 against 26 state correctional officers.

Some prisons, including South Mississippi, have areas where many prisoners are housed in bunks in one large room, instead of individual cells. This can lead to worsened security problems. South Mississippi, in Greene County, was locked down for almost all of 2019, in part because of guard shortages.

The violence came even as U.S. District Judge William Barbour ruled Tuesday that while conditions may have previously been poor at East Mississippi Correctional Facility near Meridian, there's no longer any evidence that the privately run prison is violating inmates' rights.