The expansive rules mandate that all employers with more than 100 workers require them to be vaccinated or test for the virus weekly, affecting about millions of Americans.

One out of every 500 U.S. residents has died of COVID-19, according to the death toll tallied by Johns Hopkins University and U.S. Census data.

With the population being tied to a static number and the death toll climbing, it's not a question of if that fraction will get bigger — it’s how quickly will it grow.

COVID-19 deaths had slowed considerably after the country’s vaccine rollout. But the unvaccinated population, along with the highly infectious delta variant, have driven cases higher — resulting in more hospitalizations and deaths.

The dire situation in some hospitals is starting to sound like January's infection peak: Surgeries canceled in hospitals in Washington state and Utah. Severe staff shortages in Kentucky and Alabama. A lack of beds in Tennessee. Intensive care units at or over capacity in Texas.

The deteriorating picture nine months into the nation's vaccination drive has angered and frustrated medical professionals who see the heartbreak as preventable. The vast majority of the dead and the hospitalized have been unvaccinated, in what has proved to be a hard lesson for some families. 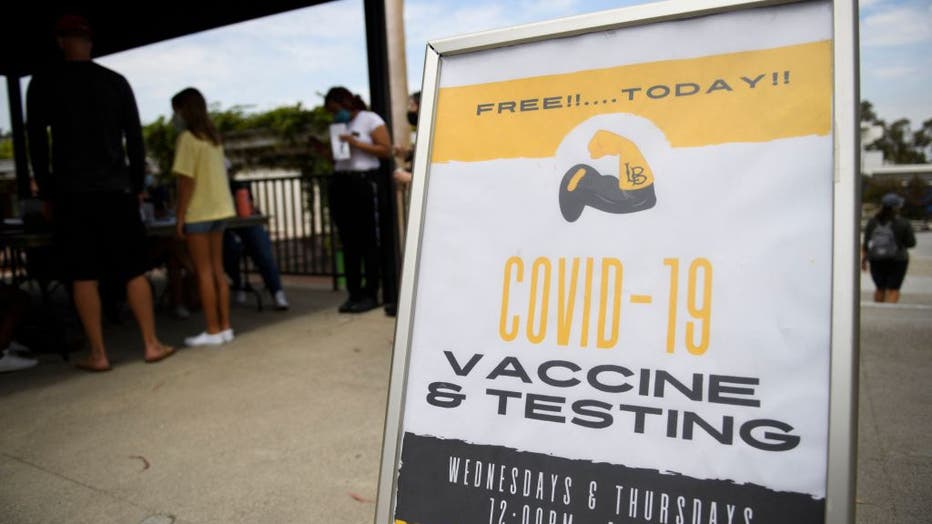 "The problem now is we have been trying to educate based on science, but I think most of the education that is happening now is based on tragedy, personal tragedy," said Dr. Ryan Stanton, an emergency room physician in Lexington, Kentucky.

In Kentucky, 70% of the state’s hospitals -- 66 of 96 -- are reporting critical staff shortages, the highest level yet during the pandemic, the governor said.

"Our hospitals are at the brink of collapse in many communities," said Dr. Steven Stack, Kentucky’s public health commissioner.

The U.S. is averaging over 1,800 COVID-19 deaths and 170,000 new cases per day, the highest levels respectively since early March and late January. And both figures have been on the rise over the past two weeks.

The country is still well below the terrifying peaks reached in January, when it was averaging about 3,400 deaths and a quarter-million cases per day.

Arizona on Tuesday reported 117 deaths, the most in a single day since last February. Tennessee now ranks first in the U.S. in new cases per capita. Hundreds of students there have been forced to quarantine. Some schools have closed because of staffing shortages. Others have asked to switch to remote learning.

In Hidalgo County, Texas, along the Mexican border, about 50 patients were in the hospital with COVID-19 on a given day in July. By early August, the number had soared to over 600.

"Back in July we were almost celebrating. Little did we know," said Ivan Melendez, public health authority for Hidalgo County. The situation has improved, with just under 300 people in the hospital as of Monday, but ICUs are still above 90% capacity, Melendez said.

And as experts continue to stress, the rapid rise in hospitalizations and deaths is preventable.

The White House and U.S. Centers for Disease Control and Prevention have pleaded with Americans to get vaccinated. The COVID-19 vaccines don’t entirely prevent infection, but they reduce the likelihood of infection.

More to the point, the vaccines have done a remarkable job at preventing severe illness that results in hospitalization and death.

While Moderna and Johnson & Johnson COVID-19 vaccines are still available under the FDA’s emergency use authorization, the agency has granted full approval to the Pfizer vaccine.

The U.S. is dispensing about 900,000 vaccinations per day, down from a high of 3.4 million a day in mid-April. On Friday, a Food and Drug Administration advisory panel will meet to discuss whether the U.S. should begin giving booster shots of the Pfizer vaccine.

And full approval appears to have emboldened the movement to mandate vaccinations. Last week, Biden signed an executive order requiring federal workers and contractors to be vaccinated.

It also required businesses with more than 100 workers to receive proof of vaccination from employees. Unvaccinated workers will be subjected to more weekly testing.