DANIELSVILLE, Ga. - The small Northeast Georgia town of Danielsville isn't necessarily a destination for most people, unless you have family there, or need to pick up some que from Zeb's. 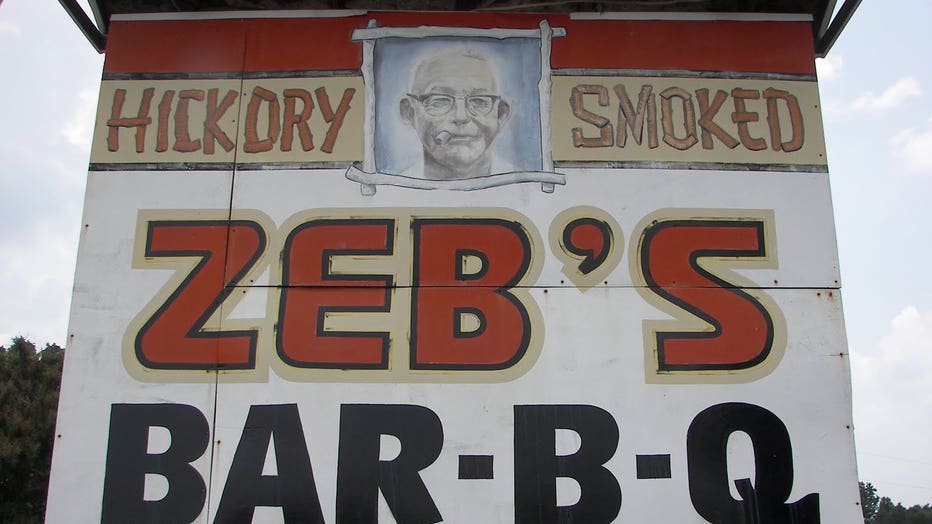 Zeb's Bar-B-Q, just outside of Danielsville

"Really, things haven't changed here a lot," said Madison County head football coach, and 1992 graduate, Chris Smith. "It's been a farming community ever since I can remember and it's kinda still that way. But, Zeb's Bar-B-Q is probably the focal point of the county."

The GPS might re-route you slightly these days to Madison County High School where the Red Raiders are making history and serving up their own recipe for success.

"It's just been a real hyped-up season in terms of sports," Principal George Bullock told FOX 5 Sports. "Every single one of our fall sports made it to state playoffs this year, so we're celebrating all around."

The celebration was loud last Friday night in Rossville when the Red Raiders' football team went on the road and beat Ridgeland 27-20 to secure the first playoff win the 63-year history of the program. 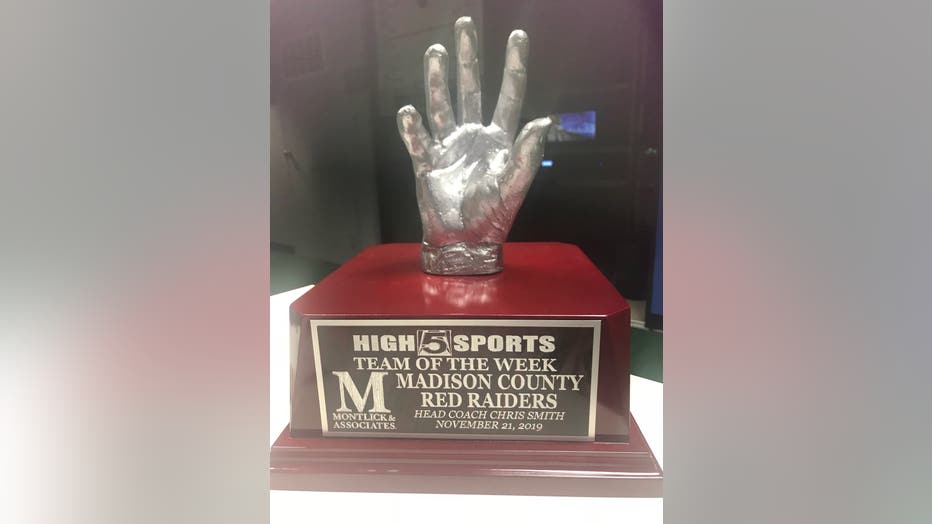 "It was kind of a party on the field with so much excitement from the kids and the coaching staff, you know our fans coming out of the stands, and it's something that I'll never forget," said Smith.

Smith's son Colby made the game-clinching interception in the waning seconds of the win over Ridgeland, and he's been the team's offensive leader at quarterback as well. 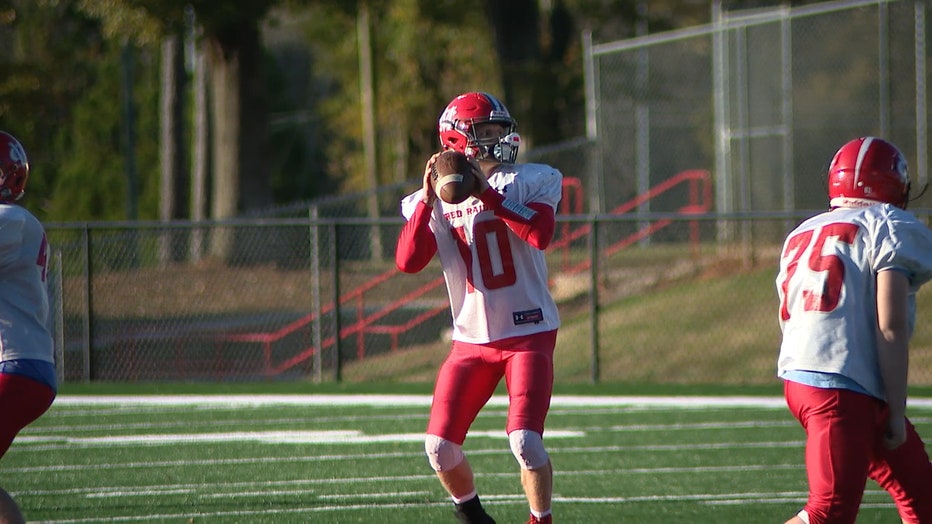 "When I saw the ball going up I said, 'oh pick this ball off Colby, pick it off', and when he picked it I was sitting there yelling, 'get down, get down, get down'. So it was a big play and once it happened it was a little tough getting the kids to calm down because at that point they knew it was a win," Smith said. 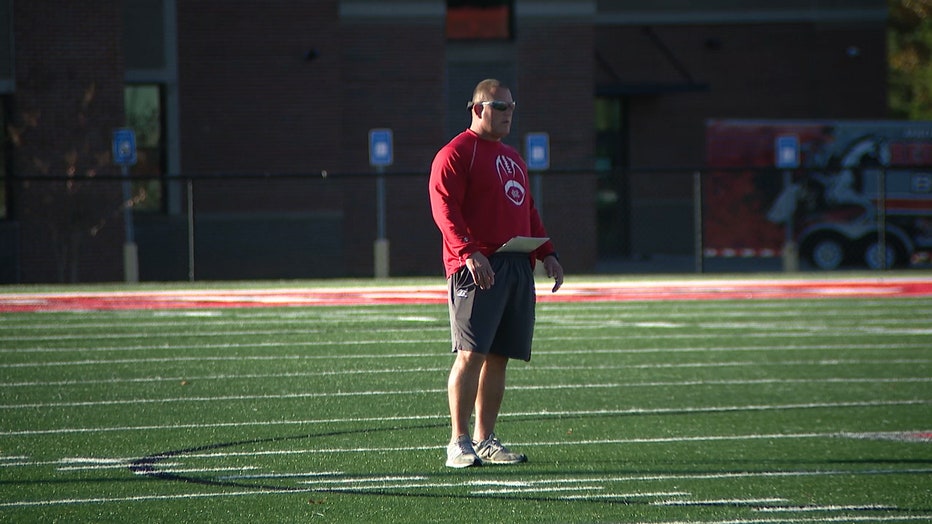 The historic victory over Ridgeland sets up a second-round game with Mary Persons, who beat Eastside 28-21 in the High 5 Sports Game of the Week to advance in the GHSA playoffs. It will be a tough test for Madison County who'll need solid line play in order to pull off another shocker on the road, this time at "The Pitt", one of the state's best home-field advantages.

Team of the Week

"We've got to continue to do what we've done all year and that plays well up front," said Smith. "Any time you get to this part of the season you're offensive and defensive lines have got to be playing very well, they've gotta control the line of scrimmage, and we feel like if you can control the line of scrimmage on both sides of the ball, it gives you an opportunity to win. Colby's gotta play well and make the right reads. We've gotta get our fullback Dayton Gresham involved early. When we get him going early it opens up the perimeter game and that's when Martavian Cooper comes into play, and he's a threat any time he touches the football." 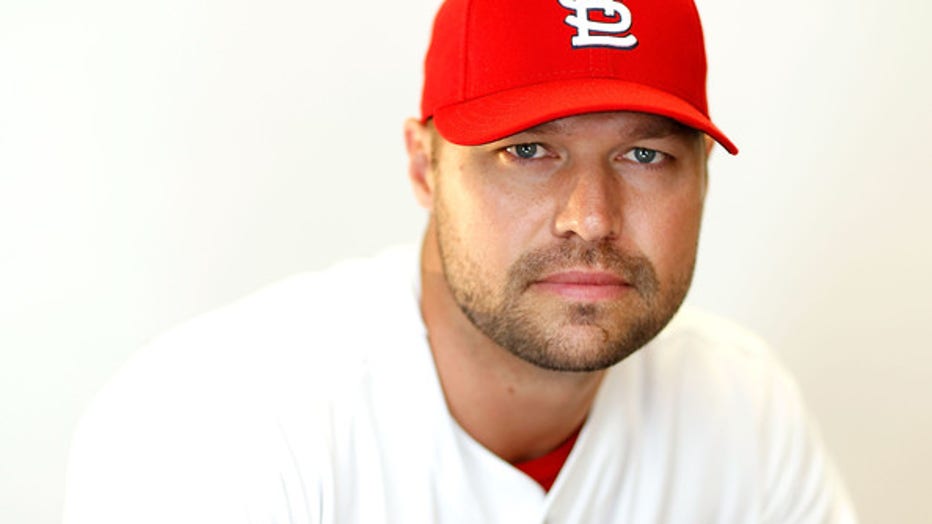 Jake Westbrook is the most famous athlete from Danielsville. He still calls the small NE Georgia town home

If the Red Raiders can find a way to win, they might be more popular than Zeb's Brunswick Stew, or hometown hero Jake Westbrook, who went to Madison County High school before winning a World Series ring as a pitcher for the St. Louis Cardinals. We'll leave that for Danielsville to decide.