NORCROSS, Georgia - The Maloof family has been coaching high school football in the state of Georgia for 60 years.

But this is new ground.

It's the same story for high school football coaches around the state.

Normally early May is for spring practice where Maloof and his staff at Norcross High would be finding out what they’ve got for this fall, but now Maloof is dealing with a lot of unknowns. Will there even be a season and will his players be physically ready for it?

“With us not being able to be around the kids, and seeing if they’re conditioning themselves, that worries me a little bit. So we have to take it a lot slower when we do get them back. I'm not worried about the motivated young man. I’m worried about that mid-guy that’s playing football to have fun. We’ve got to make sure that he’s doing the things that he can so that when we do get out there in the heat, that we can be prepared and they can be prepared,” says Maloof.

So in addition to checking in with his coaches, Maloof has a list of his players phone numbers and is constantly checking in and it’s about more than training. He also quizzes players about their classes. 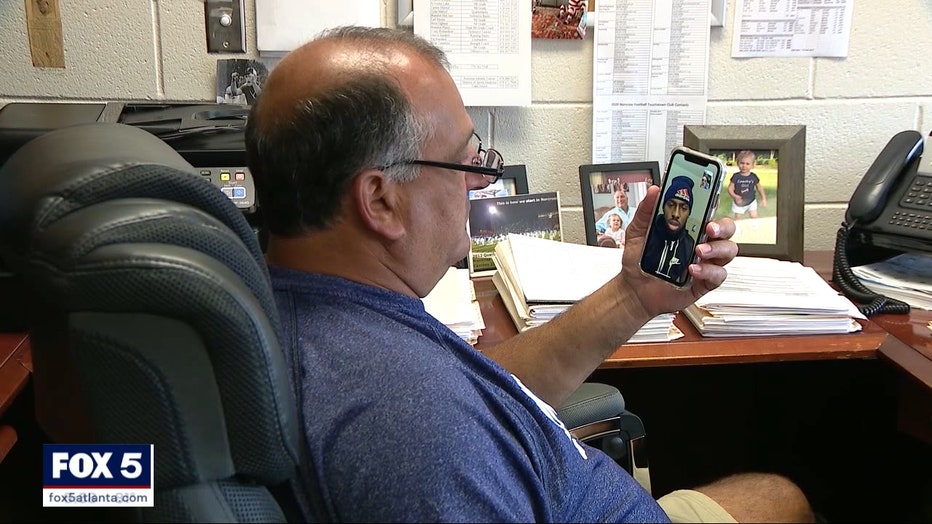 Maloof says It will be the well-being of the players that will determine the course that this football season will take. The 25 year head coach says getting his players back for conditioning by mid July will be the key.

“Even if we get back in early July, I feel like we can still save the season and not take games away. Now when you get into late July and August, now you have to start talking about taking away a few non region games and then start with that schedule. Hopefully if we get started in June, we can still have our two scrimmages, we can still play our normal schedule. But as it gets pushed back I think some things will be taken away just for the safety of the kids,” says Maloof.

Until he gets word on the next steps, Maloof will continue to burn through bandwidth and coach through a camera phone.