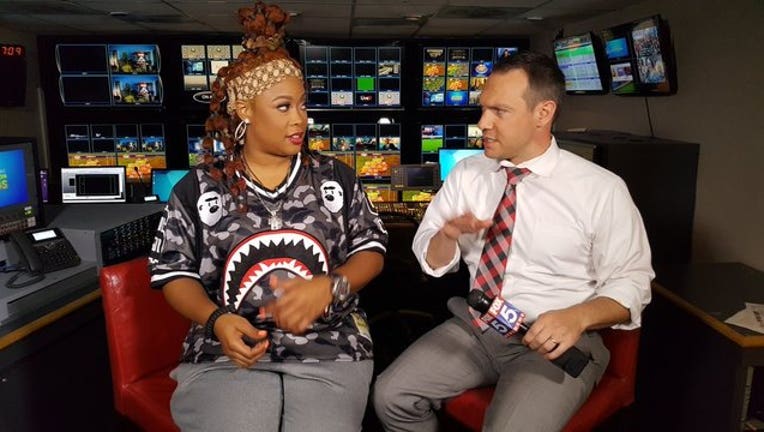 ATLANTA - She begins each morning entertaining listeners on "The Rickey Smiley Morning Show" and ends each evening on FOX 5 Atlanta with the hit show "Dish Nation" -- and superstar rapper and radio host Da Brat says the busier she stays, the better.

The Chicago-born rap artist catapulted to stardom 23 years ago, when her debut album Funkdafied because the first by a solo female rapper to go platinum.

After appearing on hits including "Not Tonight (Ladies Night Remix)" and Mariah Carey's "Loverboy (Remix)," Da Brat transitioned to radio and television work, recently appearing on the TV One hit "Rickey Smiley For Real" and WE tv's "Growing Up Hip Hop: Atlanta."

Good Day Atlanta's Paul Milliken recently sat down with Da Brat at the FOX 5 studios to talk about her history-making career, and what goals the entertainer would still like to accomplish.