CARTERSVILLE, Ga. - A new sculpture in downtown Cartersville is doing more than just beautifying the area – it’s also shedding some light on the incredible story of the Underground Railroad and the unique role quilts may have played in helping people communicate as they journeyed toward freedom.

Pathways to Freedom: A Story in Every Stitch is a sculpture by Przemyslaw Kordys which will be officially unveiled in a ceremony Thursday, May 10 outside Cartersville City Hall.  The sculpture is the first of three works of art which will make up the new Cartersville Art Walk, funded in part by a grant provided by the Georgia Council for the Arts.  Pathways to Freedom: A Story in Every Stitch was commissioned by the African American Quilt Documentation Project of Bartow County, and the sculpture represents nine quilt blocks forming a diamond shape, which measures more than eight feet in height.  The piece uses quilt patterns that some historians believe were used to send secret messages to escaped slaves on the Underground Railroad.  For example, according to the AAQDP website, oral histories suggest a star pattern sent a coded message to “follow the north star,” while a Wagon Wheel pattern meant “transportation available.”

Pathways to Freedom: A Story in Every Stitch will officially be unveiled Thursday, May 10 at 2 p.m. in a ceremony just outside Cartersville City Hall, located at 10 N. Public Square.  Then, on Saturday the 12th, the Cartersville Downtown Development Authority will host a Cartersville Art Walk from 12 p.m. to 7 p.m., which will include the debut of two more sculptures.

Good Day Atlanta’s Paul Milliken spent the morning in downtown Cartersville, getting a first look at the new sculpture and learning more about the fascinating story it tells. 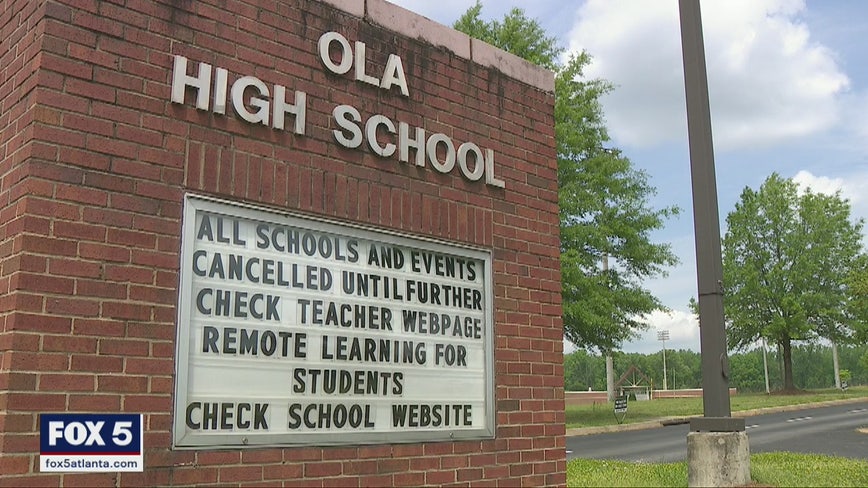