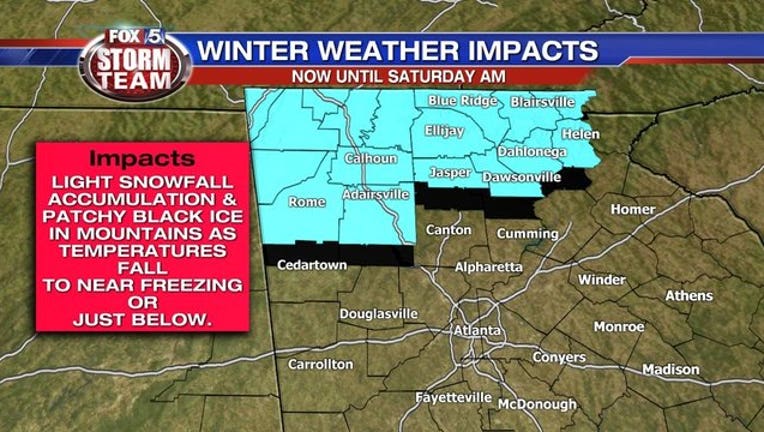 ATLANTA (FOX 5 Atlanta) - Residents in Dawson, Fannin, Gilmer, Lumpkin, Murray, Pickens, Towns, Union and White counties can breathe a bit easier after a Winter Weather Advisory was canceled early Saturday morning. The advisory was to run through 10 a.m. Saturday, but was canceled shortly before 3 a.m. after RADAR indicated any wintry precipitation had moved out of the area.

Forecasters initially called for light snow across the area with accumulations of up to two inches, mainly in the areas with an elevation above 2,000 feet. That snow moved out of the area a little earlier than expected, leaving behind some patches of lingering moisture on the roadways which could cause some slick spots for drivers.

Temperatures will remain below freezing overnight, so drivers should take it slow and be prepared for patchy black ice in extreme north Georgia.