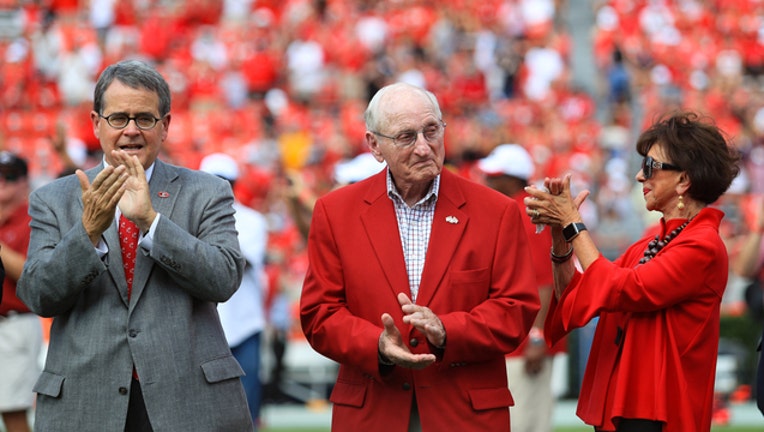 Vince Dooley alongside his wife and Jere Morehead, is honored as the field name of Dooley Field is announced prior to the start of the game against the Murray State Racers at Sanford Stadium. (Photo by Carmen Mandato/Getty Images)

ATHENS, Ga. (FOX 5 Atlanta) - Legendary University of Georgia coach Vince Dooley has been honored with the team's football field named in his honor on Saturday.

Dooley, who served as the coach of Georgia's football team from 1963 to 1989 and as the director of athletics from 1979 to 2004, led the Dawgs to six SEC championships and the 1980 National Championship.

I can think of no better way to open the 2019 home football schedule than dedicating Dooley Field at Sanford Stadium,” said J. Reid Parker Director of Athletics Greg McGarity. “The event will be a moment for the entire Bulldog Nation to collectively say ‘thank you’ to a man who has devoted much of his life to making the Georgia athletics program one of the strongest in the nation.”