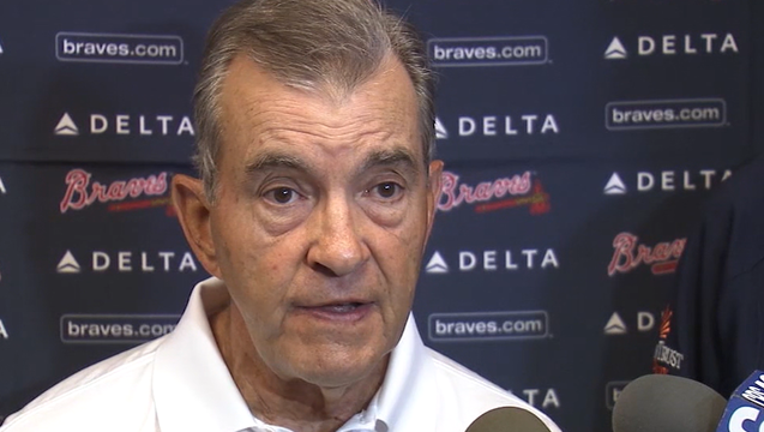 COOPERSTOWN, N.Y. (AP) - Tim Raines played in the major leagues for more than two decades, and yet one at-bat still sticks in his mind.

Nervous about making the Montreal Expos' roster after two brief call-ups that didn't work out so well (one hit in 20 at-bats), his performance on Opening Day 1981 in Pittsburgh erased any doubt. Raines led off the game with a walk, stole second on the first pitch to the next batter and scored after the errant throw to second eluded the outfielders.

A star was born.

"I think that was the beginning of the type of player Tim Raines could be," Raines recalled. "It kind of got me going. I think if I would have struck out and not do anything offensively that game, I'm not sure what would have happened to my career. I hadn't really proven to anyone what type of player that I was. It kind of just took off from there."

His baseball journey ends Sunday in Cooperstown, when the 57-year-old Raines will be inducted into the Baseball Hall of Fame. Joining him are Jeff Bagwell and Ivan Rodriguez, along with former Commissioner Bud Selig and retired Kansas City and Atlanta executive John Schuerholz, both elected by a veterans committee.

Raines received 86 percent of the vote by the Baseball Writers' Association of America to easily top the 75 percent threshold needed. That tally came on his final year on the ballot, an oversight that's difficult to fathom in retrospect.

The switch-hitting Raines batted .294 and had a .385 on-base percentage in his 23-year career, finishing with 2,605 hits, 1,571 runs and 808 stolen bases. The stolen bases is the fifth-highest total in major league history and includes 70 or more steals in each season from 1981-86, a streak that stands alone in baseball history. Take a closer look at his accomplishments on the basepaths, and they are quite remarkable - his 84.7 percent success rate tops the list among players with at least 400 steal attempts.

Raines credits his fortune to the increasing popularity of sabermetrics, advanced statistics that give greater insight into a player's worth.

"I think they kind of looked at the numbers on the baseball cards," said Raines, who overcame a recreational drug addiction that hampered his production early in his career. "There's more to the game than just those numbers. Guys can be just as important to a team and an organization in a lot of different ways."

Rodriguez, who holds the major league records for games caught (2,427) and putouts by a catcher (12,376), hit 311 homers and batted .296 in his career. No surprise that he's only the second catcher elected on the first ballot, following in the footsteps of his childhood idol, former Cincinnati Reds star Johnny Bench.

"I think I just prepared myself," said the 45-year-old Rodriguez, affectionately known as "Pudge." ''I'm talking about blocking thousands of balls, making thousands of throws to second base, trying to throw the ball to the right side of the base.

"You can have ability, but if you don't have discipline, if you don't work on things you have to do, it's going to be hard for you to do it in your career."

The 48-year-old Bagwell, who played his entire 15-year career with the Houston Astros, was elected in his seventh year on the ballot. He's the only first baseman in history with 400 career home runs and 200 stolen bases.

"This is all overwhelming to me," Bagwell said. "Parts of me wonder, 'Why am I in here?'"

Just as impressive: From 1996-2001, Bagwell had at least 30 home runs, 100 runs scored and 100 RBIs per season, only the sixth player in major league history to reach those marks in at least six straight years.

Schuerholz, who played second base at Towson University and became a junior high school teacher in the Baltimore suburbs in the mid-1960s, always wanted to be a major leaguer and couldn't get baseball off his mind. So he sent a letter to Jerry Hoffberger, owner of the hometown Orioles.

The team gave him a spot in its minor league system. In 1969, Schuerholz joined the expansion Kansas City Royals and became general manager 12 years later. After the Royals won the 1985 World Series, he moved on to even greater success with the Braves. With Schuerholz calling the front-office shots, Atlanta won a remarkable 14 straight division championships.

In 26 years as a GM, Schuerholz's teams won 16 division titles, six pennants and two World Series. He was the first general manager in history to win a World Series in each league.

"I feel awed," said Schuerholz, whose only regret is that the Braves turned those division titles into only one World Series championship (1995). "I feel as thankful and appreciative of all the people who have helped me in my career and in my life to get to this point where a group decided that this guy qualifies for the Hall of Fame, this guy ought to be in the Hall of Fame."

Selig never realized his childhood dream of replacing Joe DiMaggio in center field for the New York Yankees - he couldn't hit a curve ball - but he left a large imprint during more than 22 years as the leader of the game. He was instrumental in the approval of interleague play, the expansion of the playoffs, splitting each league into three divisions with wild cards, instituting video review and revenue-sharing in an era that saw the construction of 20 new ballparks.

Fans haven't forgotten that his tenure also included the Steroids Era and the cancellation of the 1994 World Series amid a players' strike.

Still, Selig left baseball in excellent shape economically - without labor strife and with a strict drug-testing policy that has helped clean up the game.

"In the end, I know what I set out to do and we pretty much accomplished it," said Selig, who led the group that purchased the Seattle Pilots in bankruptcy court in 1970 and moved the team to Milwaukee. "Yeah, there are things that happened that I think we reacted well to and got done what you had to get done.