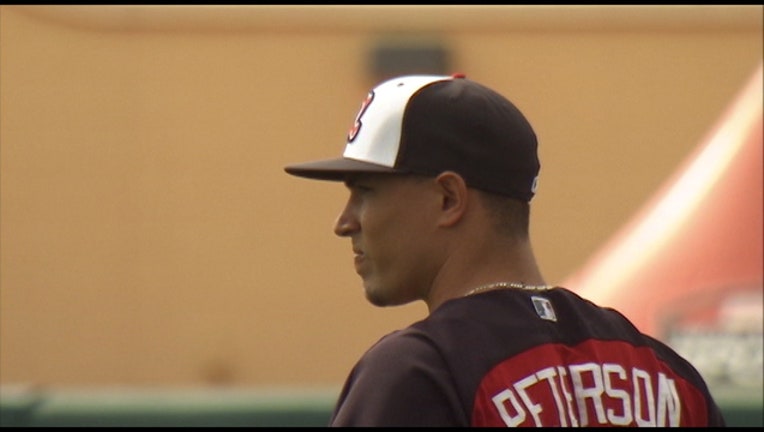 MIAMI (AP) - Jace Peterson hit a game-tying two-run home run in the eighth inning and a go-ahead RBI single in the 10th to lift the Atlanta Braves to a 3-2 victory over the Miami Marlins on Tuesday night.

Chris Withrow (2-0) got five outs to earn the win and Arodys Vizcaino picked up his eighth save in 10 chances for the Braves, who have won six straight.

David Phelps surrendered the home run to Peterson and Kyle Barraclough (3-2) took the loss for the Marlins, who spoiled an impressive start by Jose Fernandez.

Fernandez left with a 2-0 lead after allowing one hit through seven innings. He struck out seven and walked two. Fernandez drove in a run.

Ichiro Suzuki had two hits for the Marlins to give him 2,982 in his career.

Peterson hit the game-tying two-run homer with one out in the eighth. It was Peterson's first homer since Sept. 22, 2015, at the New York Mets.

Chase d'Arnaud walked to lead-off the 10th, advanced to second on a sacrifice by Emilio Bonifacio, and scored on a two-out single to left by Peterson.

Suzuki led off the bottom of the 10th with an infield hit off Vizcaino, who followed by walking Martin Prado.

Vizcaino settled down and struck out Christian Yelich, Giancarlo Stanton, and Chris Johnson to end the game.

Fernandez made his first start in 10 days after being skipped in the rotation for rest. Fernandez showed no ill effects from the extra time between starts. After giving up an infield single in the first and hitting a batter in the second, he retired 14 straight.

Fernandez was lifted in favor of Phelps after 99 pitches.

Fernandez drove in a run in the second for an early lead. It was his third RBI of the season.

Adeiny Hechavarria's RBI single in the fourth gave the Marlins a 2-0 lead.

Braves RHP John Gant (1-1, 4.37 ERA) will start Wednesday's afternoon finale against the Marlins. Gant will be making his third start of the season. He is 1-1 with a 2.45 ERA as a starter.

Marlins LHP Adam Conley (3-4, 3.94) will take the mound looking for his first victory since May 16. Conley allowed one run and one hit over 5 2-3 innings in a no-decision against Colorado in his last start.