ATLANTA - When it comes to quarterback and wide receiver duos in the National Football League, the elite ones are seldom mentioned by their full names.

Marino and Clayton, Manning and Harrison, Young and Rice, just a few examples of elite passers and their favorite targets who are recognized by just a piece of their names.

Matt Ryan and Julio Jones now enter their 10th season together in Atlanta, and this duo isn't just climbing up the&nbsp;NFL record books but also deepening an already strong relationship.

Atlanta Falcons quarterback Matt Ryan and wide receiver Julio Jones are in that same category. When the names Matt and Julio are mentioned together, football fans know exactly who they are.

Ryan and Jones now enter their 10th season together in Atlanta, and this duo isn't just climbing up the NFL record books but also deepening an already strong relationship.

"He and I are on a level of nobody that I've ever played with," Ryan said. "I've been fortunate to play with some great receivers like Roddy White, and great tight ends like Tony Gonzalez, but never had the opportunity to play 10 years with any of them. He's unbelievable, he's a great teammate, and he's certainly the premier wide receiver in the league, and there's no debate about it." 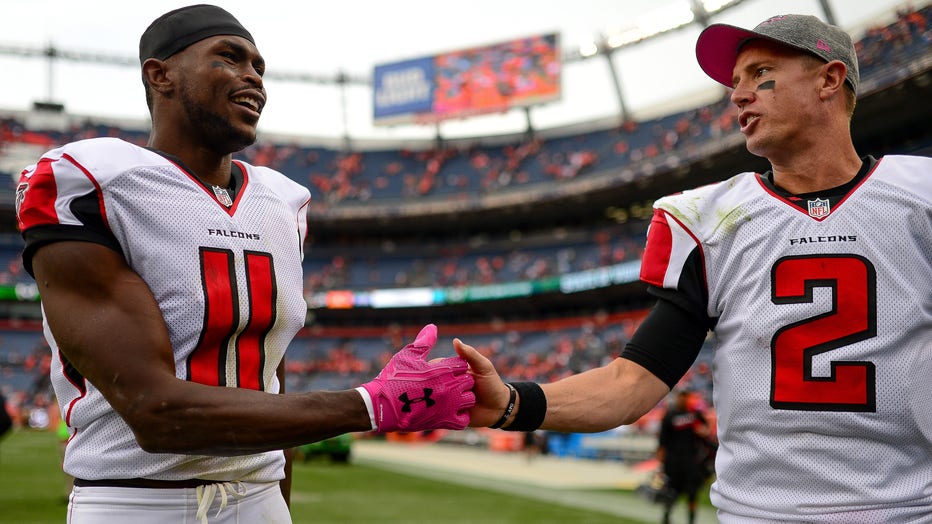 DENVER, CO - OCTOBER 9: Quarterback Matt Ryan #2 and wide receiver Julio Jones #11 of the Atlanta Falcons walk off the field after a game against the Denver Broncos at Sports Authority Field at Mile High on October 9, 2016 in Denver, Colorado. (Photo

Ryan and Jones have connected for 57 touchdowns since the Falcons drafted Jones back in 2011, and they're only six TD's away from becoming a top 10 scoring duo in the NFL record books.

Falcons head coach Dan Quinn has been with the high scoring duo for six years now and said he can't imagine his head coaching career without Ryan and Jones.

"If you're around them on a regular basis you would see this standard of performance that they both hold themselves accountable to, which in turn holds other people to," Quinn said. "Not only are they great players but the work ethic, the standard of the way they go after things, truly pros pros, and great teammates." 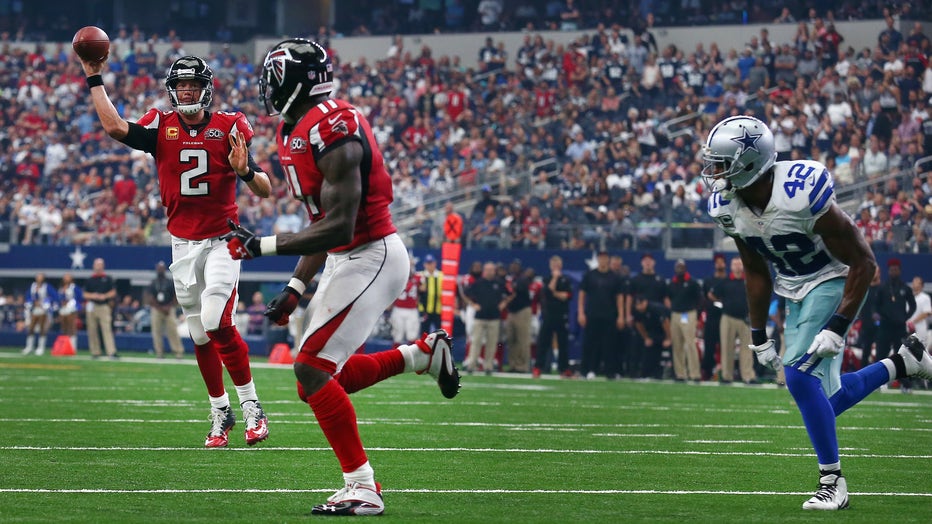 Ryan and Jones' ten-year relationship not only benefits their chemistry on the field, but Ryan said it benefits the entire Falcons receiving corps.

"It's huge," Ryan said. "He's constantly saying, 'Matt's expecting you to do this. Matt needs you to be here,' and those are the kinds of things that I trust him implicitly to know exactly what he's talking about, because he's so sharp, and just the amount of time we've spent together, he's heard that from me thousands of times.

He really is an extension of me when he's talking to those guys, and we're really fortunate to have it."

Ryan said not at all veterans in the NFL willingly coach up younger players as Jones does.

"Some people are just focused on what they're doing, and he's not that way. He's incredible with that group, and all of those guys benefit with time spent with him."