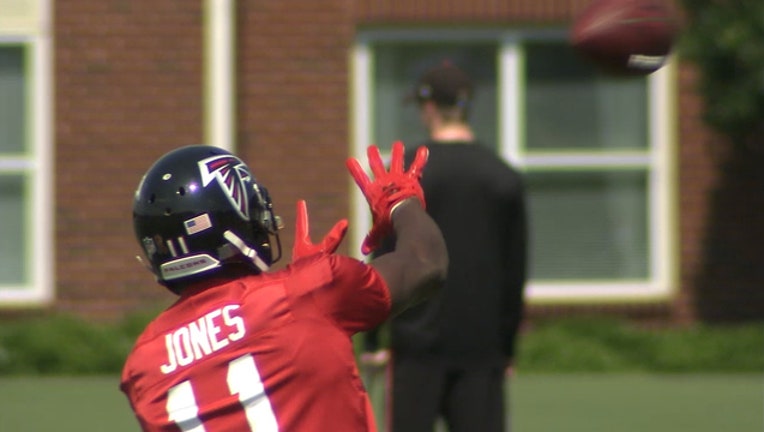 Jones said he felt a "snag" in last week's win over Seattle and decided not to play the fourth quarter with Atlanta holding a big lead. He was inactive in Weeks 14 and 15 with a similar injury.

In his first All-Pro season last year, Jones had the second-best season in NFL history with 136 catches and 1,871 yards receiving. He's second this year with 1,409 yards and fourth in yards per catch.