ATLANTA - The Atlanta Braves defeated the Cincinnati Reds, 1-0, after Freddie Freeman drove home the game-winning run in the bottom of the 13th Wednesday. 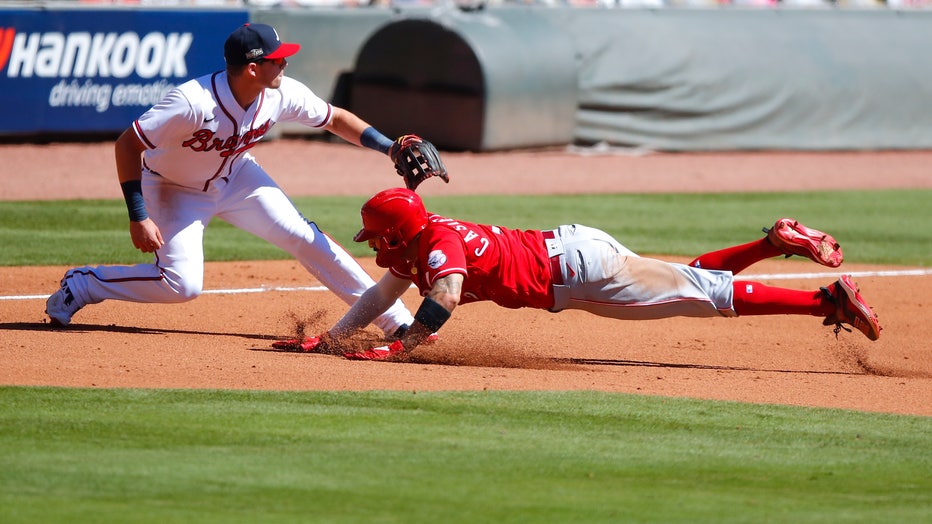 ATLANTA, GA - SEPTEMBER 30: Nick Castellanos #2 of the Cincinnati Reds is out at third with the tag of Austin Riley #27 of the Atlanta Braves in the sixth inning of Game One of the National League Wild Card Series at Truist Park on September 30, 2020

The scoreless innings kept piling up, along with the strikeouts. The shadows began to creep across the infield, and when the lights came on in a mostly empty stadium for a postseason game that began a little past noon, it seemed like this might go on forever.

The MVP candidate who warded off a frightening bout with the coronavirus at the beginning of this most unusual season fittingly delivered the winning hit in the 13th inning, ending the longest scoreless duel in postseason history as the Atlanta Braves defeated the Cincinnati Reds 1-0 in the opener of their NL wild-card series Wednesday.

“That was a very stressful 4 1/2 hours,” Freeman said with a chuckle.

Fans cheer on the Atlanta Bravers during the playoffs

Braves fans took The Battery to root on the Braves from just outside of Truist Park.

The East champion Braves won a postseason opener for the first time since Game 1 of the 2001 NL Division Series. They’ll try to wrap up the best-of-three series Thursday and snap a record-tying streak of 10 straight playoff round losses.

What began as a pitching showdown between between Cy Young contenders Fried and Cincinnati ace Trevor Bauer devolved into a strikeout contest played before a handful of family and friends at Truist Park.

The teams combined for a postseason record 37 Ks — 21 by the Braves.

After a couple of hits in the 13th against Archie Bradley, Freeman drove one into center field off Amir Garrett against a five-man infield with one out to end a game that dragged on for more than 4 1/2 hours.

A four-time All-Star, Freeman produced another big year in a pandemic-shortened season after a battle with COVID-19 in July so severe that he said he prayed: “Please don’t take me.”

In the 13th, he came up in a situation he relishes.

“That’s the guy we want up there,” manager Brian Snitker said. 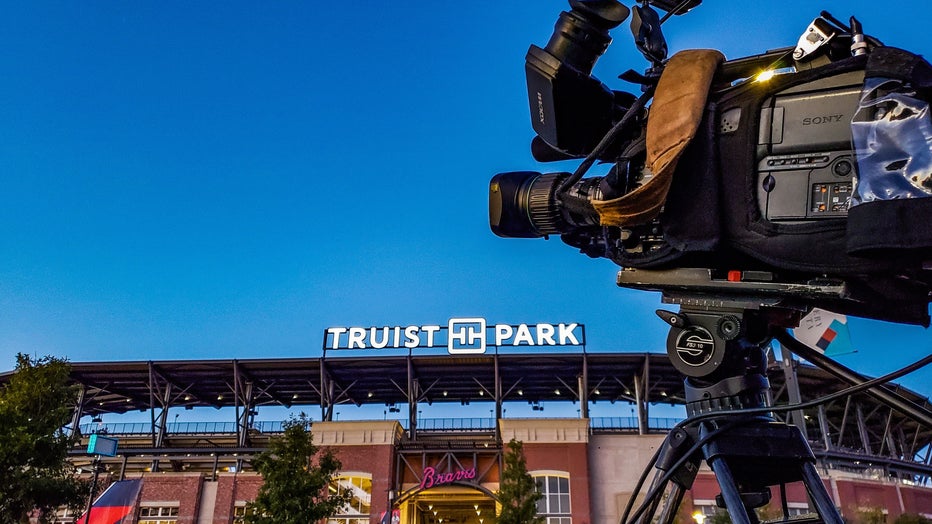 A.J. Minter escaped a bases-loaded, one-out jam in the top of the 13th for the win — the third straight inning the Reds pushed a runner to third but couldn’t get him another 90 feet.

“These guys take so much pride in coming through in those situations,” Reds manager David Bell said “Each and every time we had the opportunity, we believed it was going to happen.”

While there no denying the historic nature of the first postseason game to be scoreless after 11 innings, it hardly qualified as a masterpiece leading off an unprecedented day of eight playoff games.

With the designated runner at second base no longer in play for postseason games, two teams that rely heavily on the long ball took turns just flailing away at the plate, passing on several opportunities to bunt runners along.

Mostly, they stirred up nothing but a stiff breeze.

Bauer certainly lived up to his billing as one of baseball’s best pitcher. The outspoken right-hander became the first pitcher in big league history to record 12 strikeouts with no walks, no runs and two or fewer hits in a postseason start.

Bauer was lifted after retiring the first two hitters in the eighth, doing the Braves chop on his way to the dugout.

“I brought my ‘A’ game and everything,” Bauer said. “I was exhausted.”

The Braves’ only real threat against Bauer came in the sixth, when Ronald Acuña Jr. led off with a double to the wall in center and moved to third on Freeman’s groundout. NL home run and RBI king Marcell Ozuna popped out behind home plate and Travis d’Arnaud struck out swinging.

Fried went nearly pitch for pitch with the Cincinnati ace, surrendering six hits while striking out five. He didn’t walk anyone, either.

It hardly looked like a pitching duel in the beginning.

In Game 5 of the 2019 NL Division Series, Atlanta gave up a record 10 runs to the St. Louis Cardinals in their first at-bat. This time, Fried escaped a first-and-third jam by retiring Joey Votto, Eugenio Suárez and Mike Moustakas.

“I’m trying to get out of there with only one run,” he said. “Fortunately for me, I was able to get out with none.”

Castellanos was thrown out by Adam Duvall trying to go from first to third in the sixth. Then, in Fried’s final inning, the Reds attempt at a double steal ended with a pair of rundowns and Austin Riley tagging out Aristides Aquino just before he touched home.

Reds: Senzel appeared to jam his left shoulder diving back to first on a pickoff throw in the third, but he stayed in the game.

Braves: There were injury concerns after Atlanta’s last series of the regular season, but everyone was good to go in the playoffs.

Braves: Rookie RH Ian Anderson (3-2, 1.95) provided a huge boost to Atlanta’s troubled rotation when he was called up from the alternate training site in late August.