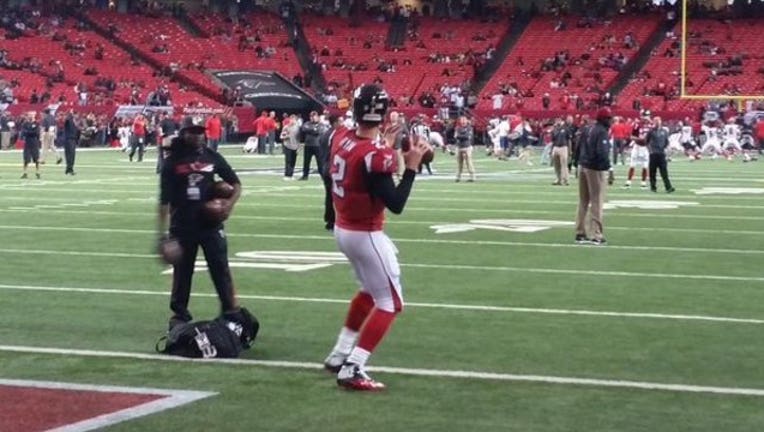 ATLANTA (AP) -- The Tampa Bay Buccaneers bounced back after blowing a 17-point lead, getting a 31-yard field goal from Connor Barth in overtime to beat the mistake-prone Atlanta Falcons 23-20 on Sunday.

Matt Ryan tied the game for the Falcons (6-2) on an 8-yard touchdown pass to Julio Jones with 17 seconds left in regulation.

Having squandered a 24-point edge the previous week at Washington, the Bucs (3-4) faced another stunning defeat.

Instead, Jameis Winston led an impressive drive on the first possession of OT, converting three times on third down before the drive finally stalled when he short-hopped a pass in the end zone intended for an open Adam Humphries. Barth made his third field goal of the game.

Atlanta got the ball but didn't even make it to midfield. On fourth down, Ryan was heavily pressured by Gerald McCoy and Howard Jones, forcing a desperation pass that wasn't close to anyone.