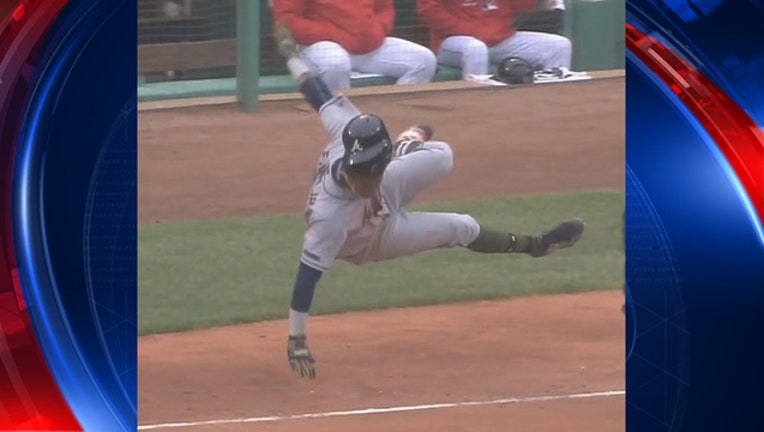 ATLANTA - The Atlanta Braves have placed left fielder Ronald Acuna Jr. on the 10-day disabled list with a mild ACL sprain in his left knee and bruises to his knee and lower back.

The team announced Acuna's MRI results during the first game of Monday's doubleheader against the New York Mets.

Acuna's leg buckled while running out a grounder Sunday in Boston. He fell on his back after crossing the bag, then rolled over on his front side with what looked to be a gruesome injury. The 20-year-old surprisingly walked off the diamond, declining a wheelchair.

"It's definitely scary whenever you see a teammate go down the way he did," shortstop Dansby Swanson said. "We're definitely thankful that he was able to walk off. I think he'll bounce back just fine. It's just a matter of when."

Left-hander Max Fried, the 26th man for the doubleheader, was making his first start this season and the second of his career in Game 1.