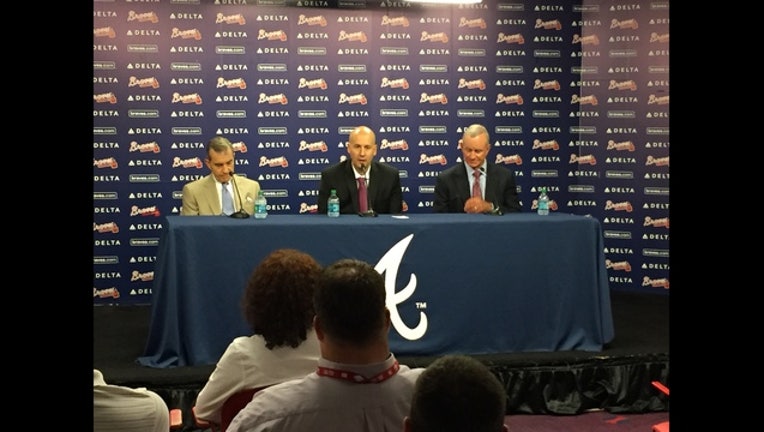 ATLANTA - Atlanta Braves President of Baseball Operations John Hart announced Thursday that John Coppolella has been named as the club’s General Manager. Coppolella has agreed to terms on a four-year contract that will run through the 2019 season, and will carry the Braves through their first three seasons at SunTrust Park, which is slated to be ready for the 2017 season opener.

“We are excited to officially name John Coppolella as our General Manager,” Hart said. “John has done amazing work for this organization, especially over the last twelve months, and this move keeps us in position to continue the important process that we began last October. His work ethic and loyalty are second to none and we look forward to his leadership in our baseball operations department.”

Coppolella, 37, is in his ninth season in the Braves organization. The 2015 season was his third as assistant general manager after being promoted to that role in October 2012. He served as director of professional scouting since September 2011 and director of baseball administration since October 2006.

Prior to joining the Braves, Coppolella began his career in minor-league baseball in 1997. He worked for the Anaheim Angels in 1999, then was hired as a baseball operations assistant by the New York Yankees in 2000. He was promoted to assistant director of pro scouting in 2003. The Yankees reached the postseason in each of his seven seasons, including a World Series championship in 2000 and World Series appearances in 2001 and 2003.