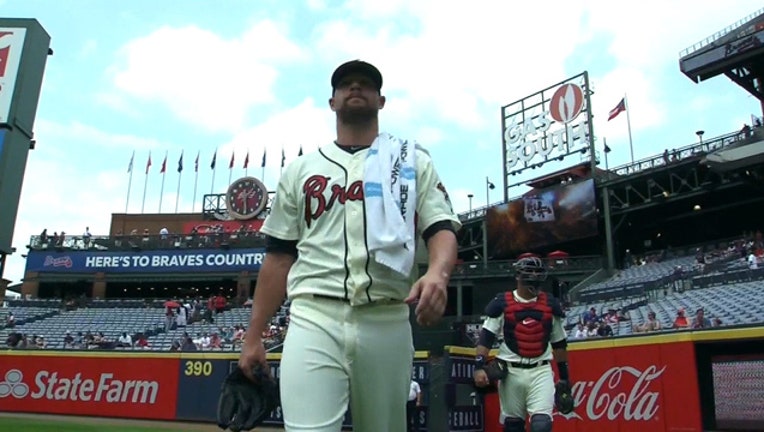 In the deal, the Dodgers also received minor league outfielder Dian Toscano, a player to be named and cash considerations from Atlanta for minor league pitchers Philip Pfeifer and Caleb Dirks.

Kershaw had been scheduled to start the series opener against the Colorado Rockies in Los Angeles on Friday. Norris last pitched Sunday and can immediately be inserted into the rotation.

Over his last five starts, Norris is 2-1 with a 2.15 ERA, 29 strikeouts and eight walks over 29 1/3 innings. Norris is in his eighth season and this year is 3-7 with a 4.22 ERA. The 31-year-old pitcher has also pitched for Houston, Baltimore and San Diego. He signed a one-year, $2.5 million contract with the Braves in November.

Toscano, 27, hit .226 with 10 RBI in 58 games with the Braves' Double-A Mississippi this year following five seasons in Cuba's Serie Nacional.