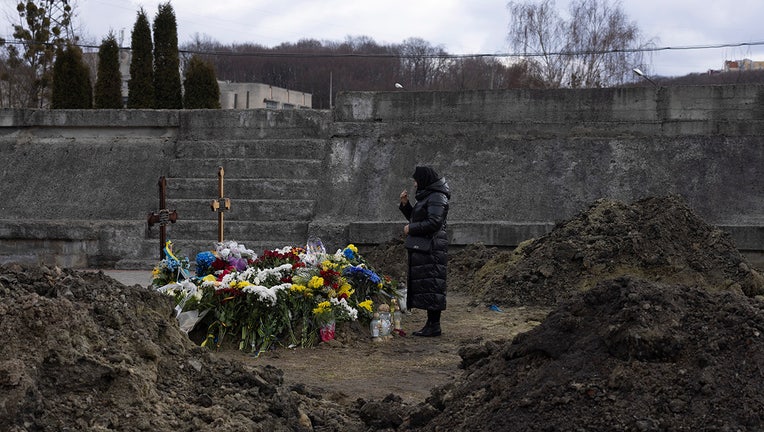 A woman stands beside two graves at Lychakiv cemetery after a joint funeral for two soldiers who died in the east of the country during recent fighting, on March 8, 2022 in Lviv, Ukraine. (Photo by Dan Kitwood/Getty Images)

LOS ANGELES - The long reach of war continues to grind the best of human treasure into dust.

It is said that when the elephants fight, it’s the grass that suffers. Thus begins the African proverb which today takes on new meaning in light of what is going on in Eastern Europe.

The government of the Ukraine is asking people from other countries to come and help them fight, to take up arms in the struggle to preserve democracy. And I do believe that democracy is an idea worth fighting for because, though battered and bruised, the constitutional ideals bequeathed to us in Philadelphia and Selma are the only viable hope for humanity to one day achieve the kind of egalitarian certainty our children deserve. 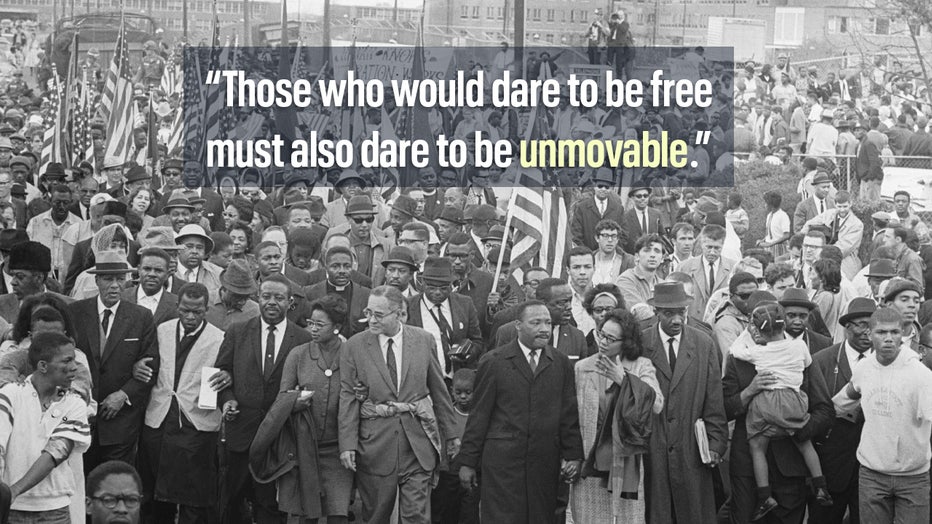 Still, though, I find the act of soliciting foreign mercenaries to be a curious undertaking, because here’s what I know about democracy.

Democracy is a lyrical impartation. A cloud of noise whispered in the yearning ears of those who will not go sheepishly into the night. It is the pilgrim’s prayer. The song of the slave. The desperate dance of the honeybee at the door of the hive, thinking only of the sweetness. For this is how it survives. That is to say, through courage and determination; as determination is both its mother and its milk. For those who would dare to be free must also dare to be unmovable.

And so it’s not that I don’t understand the need. And it's certainly not that I do not understand the hope of the Ukrainian government to enliven the democratic spirit of freedom-loving people across the globe. It is, after all, a compelling requiem. There is something remarkably soul-stirring about it. 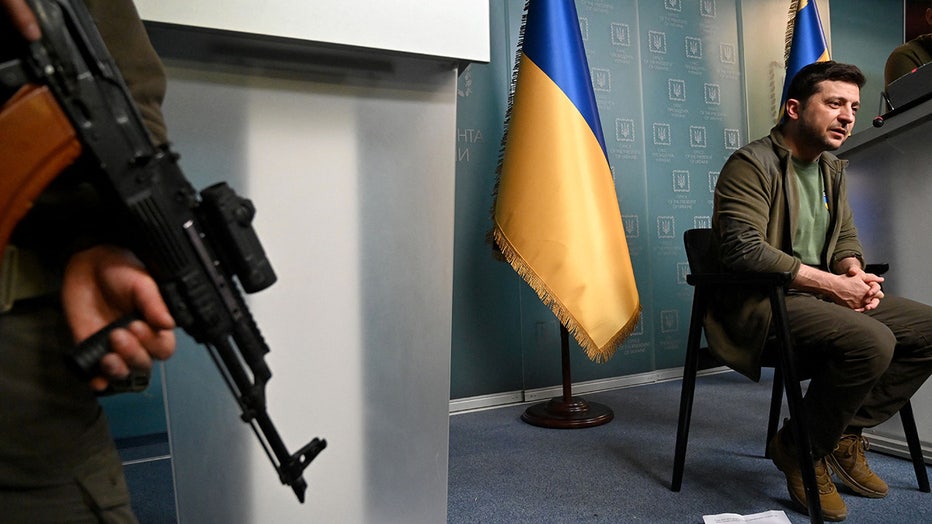 But what makes it curious is how the solicitation rings within the context of the American situation. That is to suggest, before Americans go running off to Europe to fight for democracy over there, we should probably shore up its firm foundations in this country first.

Why would I go off to fight for the Ukrainian right to vote when leaders in both the Democratic and Republican parties are making it harder for Black and brown people to participate in democracy right here? The John Lewis Voting Rights Act is dead in Congress. And it was killed not by disavowed oligarchs or authoritarians whimsically seeking to assert their rule through brutality and violence, but rather by some of the same people who were waving Ukrainian flags at the State of the Union just a few days ago. 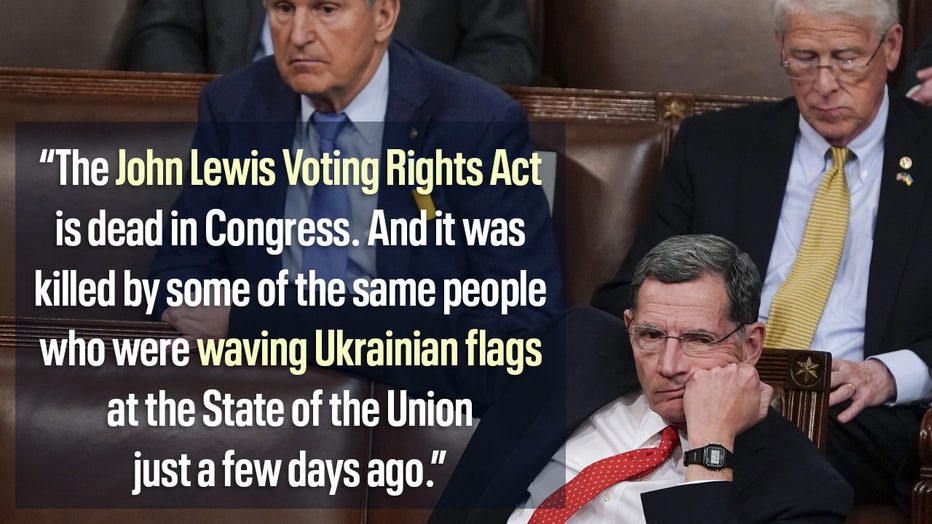 That bill only sought to accomplish two things. First, to guarantee all eligible American citizens equal access to the right to vote; and secondly, to establish standards to improve security, transparency, and trust in our elections.

What could be more democratic than that? Isn’t that worth fighting for?

One wonders: What is it about the very mention of Russian aggression that conjures the kind of unifying defense of freedom sweeping through America today, and why those same sensibilities are not equally marshaled to complete the unfinished work of liberty in this country, while we remain hell-bent on fighting for the citizenship of other people, half a world away?

Whether in America or the Ukraine, we who believe in the freedom and dignity of all human beings, everywhere, must stand for freedom’s cause. We must, in a phrase, lean into the wind. So that when the elephants fight and the grass suffers, democracy will have a future in both countries after the battle is over.

Sean McMillan is the host of Fox Soul’s ‘The Book of Sean,’ which airs every weeknight at 5pm PT / 8pm ET. He has served as the executive director and faculty member of the Center for African-American Theological Studies. He also served as associate dean of the Doctor of Ministry Program at McCormick Theological Seminary and has both taught and lectured at Wagner College, Clark Atlanta University, Georgetown University, the University of Chicago, and Columbia University.