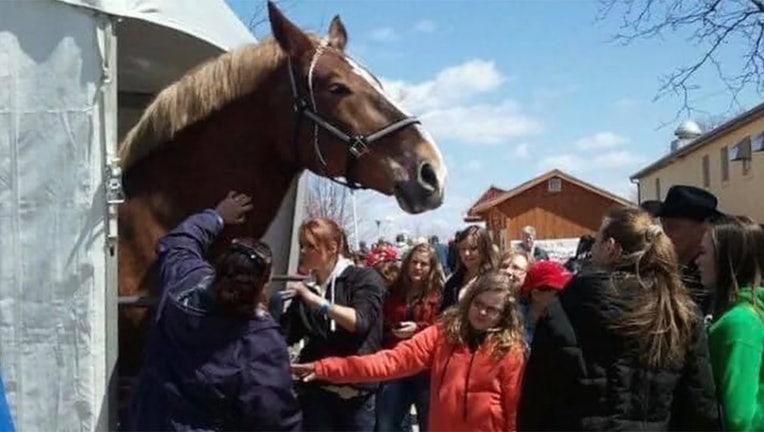 POYNETTE, Wis. - The world’s tallest horse has died in Wisconsin.

Gilbert said he plans to memorialize Big Jake by keeping his stall empty and inserting a brick on the outside of his stall with his picture and name.

"It's very quiet (at the farm)," Gilbert said. "The other horses know. I think they have their own grieving time because Jake was the center of attention around here. There is a huge void. It feels like he's still here, but he's not."

Milwaukee Bucks fans gathered near the airport to send the team off to Phoenix for the NBA Finals.