FOREST PARK, Ga. - A trip to a Forest Park grocery store turned violent after an 80-year-old woman and her 60-year-old daughter were both savagely attacked.

On Feb. 3, Shoppers stopped and watched in horror as the two women were viciously beaten at the Wholesale Food Outlet on Jonesboro Road.

The suspect punched the 60-year-old woman, then grabbed her 80-year-old mother by her hair, throwing her off her motorized scooter.

Onlookers were stunned before an employee stepped in.

"This man actually grabbed me and pulled me off of that cart and threw me on the floor," Gardner said. "You know, it happened so fast you don't know what's going on. So when he heard them talking about calling the police he got out of there." 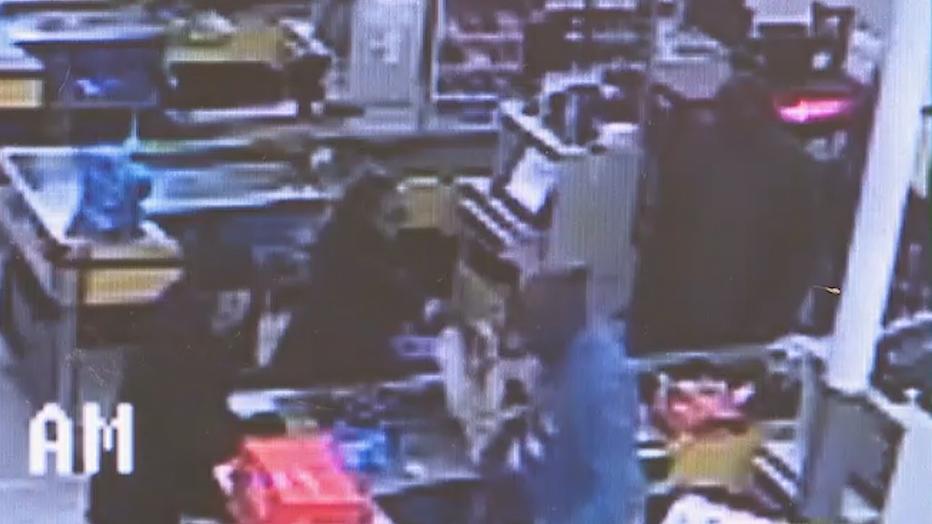 The victims say the man through the elderly woman was trying to cut in line.

Both women suffered minor injuries. Kathy Malone, the victim's daughter, was hit in the head.

Her 80-year-old mother is thankful it wasn't worse.

"I just pray to God and tell him 'Thank you' cause he could have had a gun or something. He could have killed us," she said. 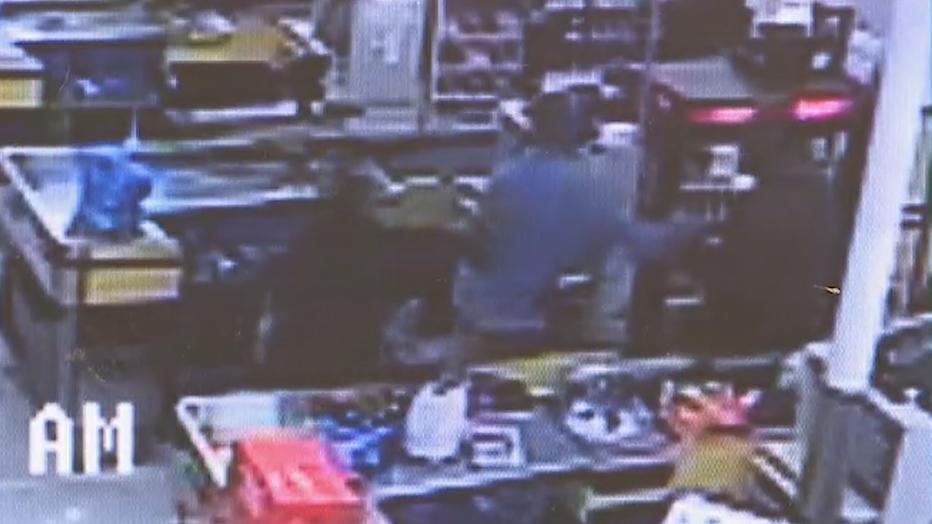 The woman are grateful to the store manager for putting himself in between them and the attack to stop the barrage of blows.

Now police are hoping you can help them identify the suspect.

"I want somebody to be able to recognize this man so that they can get him off the street. Because if he did that to us, he'll do anything to anybody," Malone said. 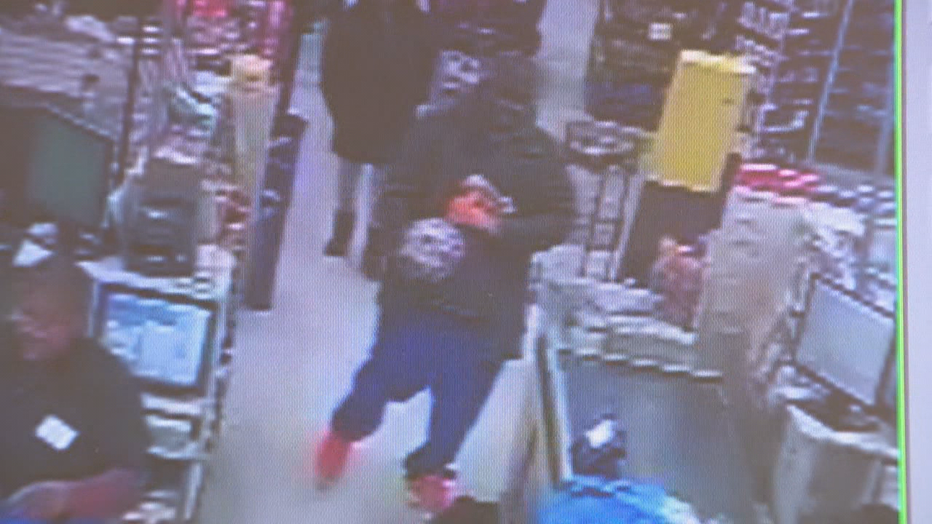 Police shared surveillance video and images of the man leaving the store once the police were called.

Officials say he was last seen driving a light-colored sedan which was possibly a Toyota Corolla with the tag's first three letters believed to be "RHP."

In response to the attack, law enforcement in Clayton County says they are offering a reward of up to $2,500 to anyone who can help catch the suspect.

“I want to know who the hell thinks he can manhandle a grandmother in Clayton County without incurring the wrath of the Sheriff’s Office” Sheriff Victor Hill said in a statement. "I will personally give $2500.00 cash out of my own pocket to anyone who helps us identify and arrest this dummy.”

Police described the man as a black male at least 50 years old who is over 6 feet tall and weighs over 225 pounds. He was last seen wearing rose-colored glasses and bright orange or red shoes.

If you have any information that could help, please call Forest Park police or the Clayton County Sheriff's Office.