TAMPA, Fla. - Bryan Stern remembers running from the disintegrating World Trade Center, turning around, and not being sure that what he was seeing was even real.

"It is like trying to describe the trees in the Amazon," he said. "My intellect couldn't grasp why there is a running wall of stuff."

On September 11th, Bryan Stern was in the Army and based at the World Trade Center. He would spend weeks working on the pile as one of the few non-first responders to do so.

"My helmet, it still kind of smells, it still smells kind of nasty," he described. 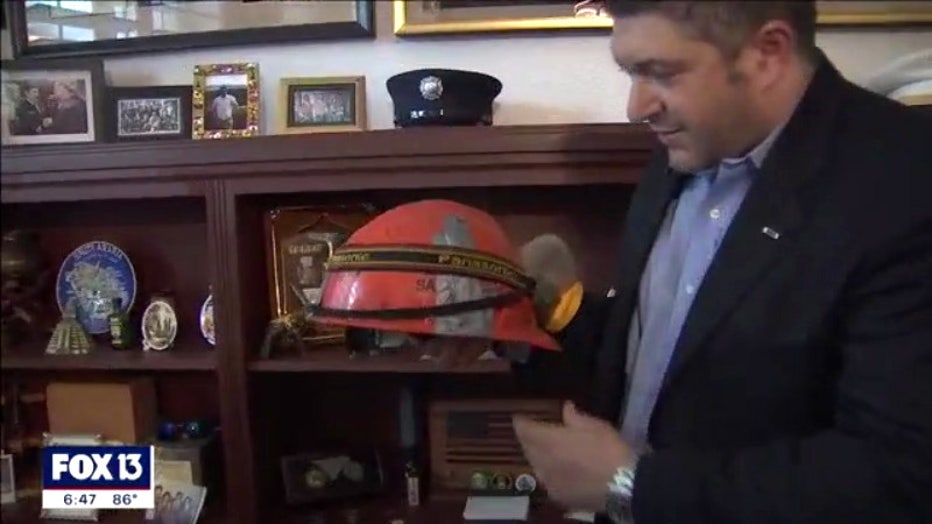 READ: Too young to remember Sept. 11th themselves, students reflect on lives lost

He helped uncover millions of pounds of rubble, and the remains of people who had been unlucky enough to be at work that day.

"When we first started digging, the hope was to find a survivor," Stern recalled. "The team I was with, we did not find any survivors."

Each flag placed into the ground represents a person: 2,977 lives lost on September 11, 2001. Students and faculty at USF Sarasota-Manatee joined together and planted each flag as a remembrance.

He lives in Tampa now, but had grown up in New York.

"Rage is probably an understatement. I remember wanting my pound of flesh," Stern said.

He switched branches, joined the Navy, and was sent to war.

"Afghanistan, for a complex place where tribal law is real and illiteracy is real and all these other things, it is a very close-knit society," Stern explained. 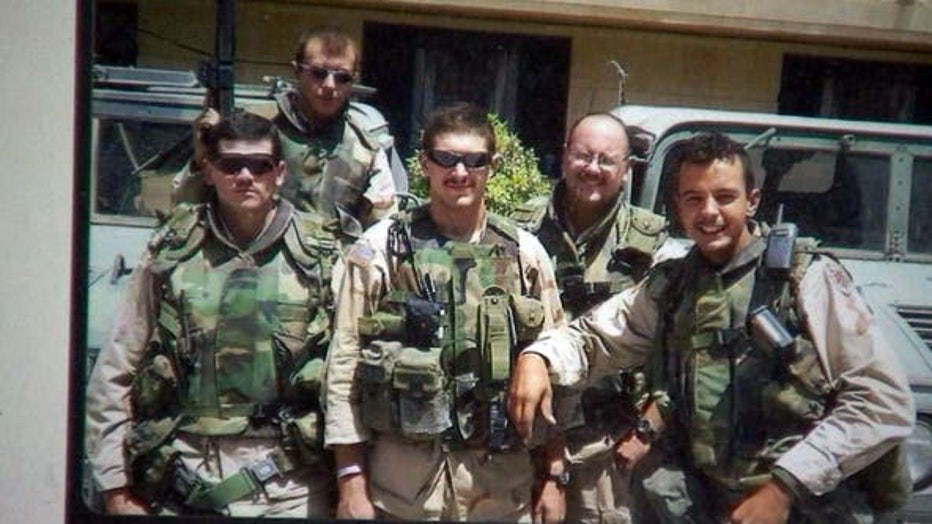 As America tried to get its arms around the threat it now faced, he was assigned to what he will only describe as counterinsurgency and intelligence.

It was his job to gain the trust of locals.

St. Pete's new memorial will feature a 30-foot copper phoenix wing and a half-moon wall featuring hundreds of hand-painted tiles. But the final beam pulled from Ground Zero will be the centerpiece, hoping to emulate America post-9/11 as a phoenix rising from the ashes.

He learned early on what America only collectively learned a few weeks ago. Afghanistan is called the "Graveyard of Empires" for a reason. Its 40 million people have diverse perspectives of government and are linked by complex webs of allegiances.

They make up for inferior firepower with knowledge of their land, and patience.

"I have been all over the world and I have never quite met a culture that was anything like an Afghan. They are salty and gritty in a way that is hard for Americans to understand," Stern explained. 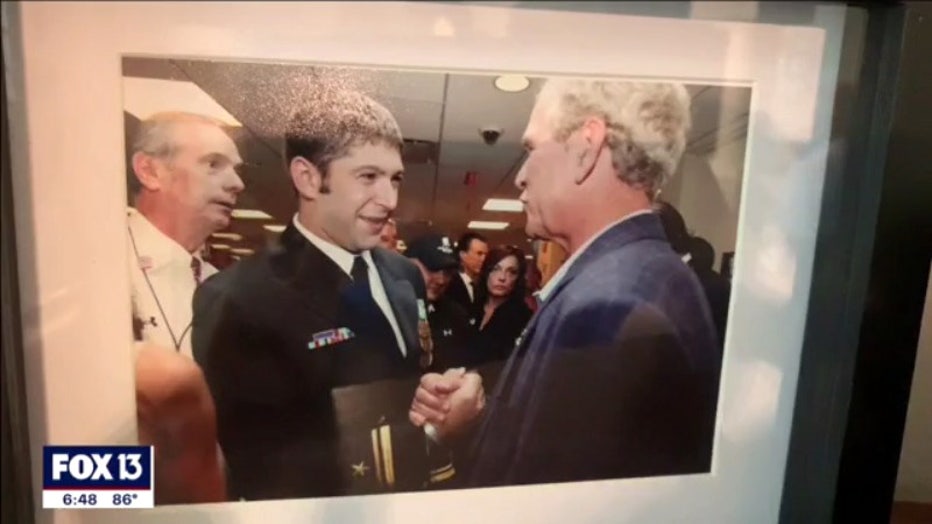 RELATED: 'America is under attack:' Bush was in Sarasota classroom when grim news came

Though the Americans were able to kill Osama bin Laden, shut down most of his terror network and temporarily install a government, seeing the American investment end without a declaration of "mission accomplished" is hard for him.

"There is a very good likelihood that some of the people in that imagery I have a relationship with one way or the other. Complete and total sadness, horror and fear for them and their families," he said.

Behind the scenes at Booker Elementary School on Sept. 11th

The president, the media, and students all learned about the terror attacks as cameras were rolling.

Their fate lingers as he grapples with whether he can truly hold the "pound of flesh" he sought.

"I know the bad guys are really unhappy they met me and my friends," Stern stated. "And I know the good people of Afghanistan were happy we were there."

History has made for an eerie bookend.

"The parallels I am seeing are so closely tied to 9/11 I can't quite escape it," he said. "This imagery of two Afghans falling to their deaths. I remember people jumping out of the towers."

Those images make the answer to the question "Was it worth it?" much more complicated.