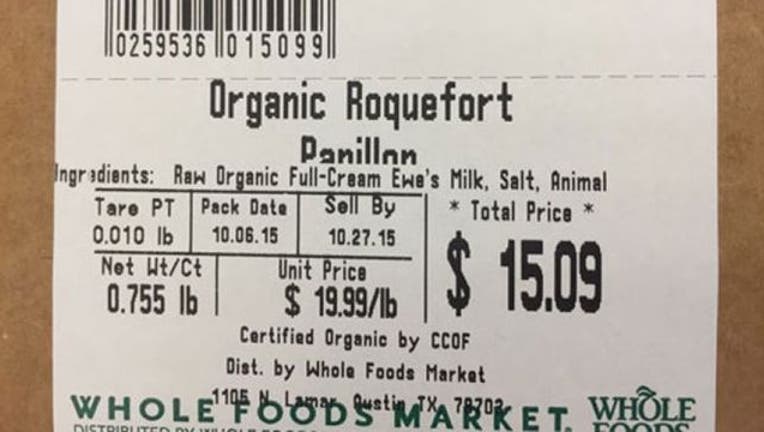 Whole Foods is recalling some of its cheese because of possible listeria contamination.

Whole Foods said the recall applies to cut, wrapped and weighed Papillion organic Roquefort cheese. According to the FDA, the recalled cheese product can be identified by the scale label that begins with PLU 029536. All sell by dates are affected.

The company announced the nationwide recall this week after sampling by the FDA found listeria monocytogenes in a wheel of the cheese.

The FDA says that listeria can cause people to get so sick they have to be hospitalized. For particularly vulnerable people, the illness can be fatal.

The FDA also said that listeria bacteria can spread to other foods once it’s brought into the home. For example, listeria can grow and spread throughout foods in the refrigerator.

Whole Foods said no illnesses have been reported. All affected cheese has been removed from shelves. Customers should bring their receipts to a Whole Foods store for a refund.