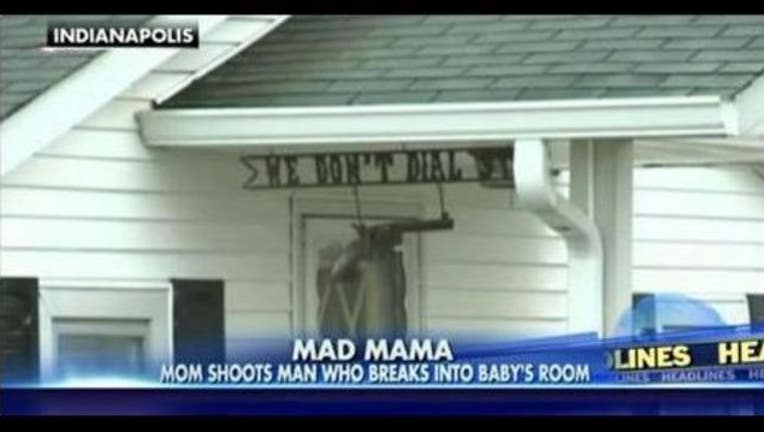 A homeowner who has a sign with those words hanging outside her house shot an armed intruder who broke into her Indianapolis home Thursday afternoon, according to Fox 59.

A mother reportedly heard the man enter her home through a window in her baby's room, so she took out her pistol. Neighbors said the intruder broke into the house through the baby's window and fired his gun first.

She shot back and hit the man multiple times. He was taken to an Indianapolis hospital and is expected to survive.

The child and the mom were not hurt. Authorities said that the man was carrying zip ties and a walkie talkie at the time he was allegedly breaking in.