"We just got hit by tornado while we were watching!" @JacobsJami wrote on Twitter. "That was so scary! I'm not sure of the rest of our area's damage yet but I'm hearing sirens. We have a roof off our building and glass everywhere." 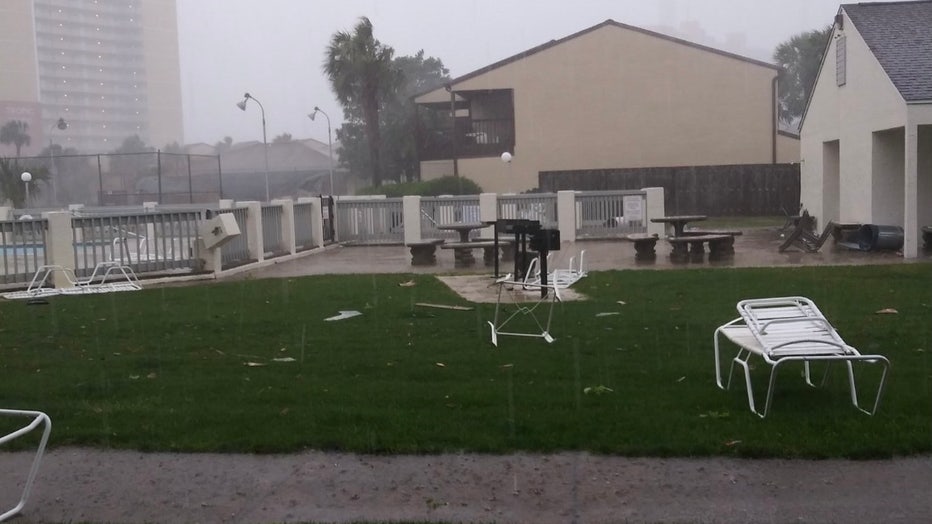 A photo shows debris tossed around in the area. Some outlets are reporting severe damage at the beach.

Ankur Singh shared video with FOX 35 News of the possible tornado spinning in the Gulf of Mexico before reportedly making landfall.

"Watched our first #tornado in the Gulf of Mexico that just crossed the Florida Panhandle - Panama City Beach," he tweeted.

In a second video, the system is seen coming ashore on the beach.

Amalia Julien captured amazing video of the possible tornado from the 19th floor of the hotel she was staying at in Panama City Beach. The possible tornado was seen coming right toward her room. Her camera was rolling as the system pounded the room's balcony and then disappeared.

Amalia Julien captured this amazing video of a possible tornado from the 19th floor of the hotel she was staying at in Panama City Beach. The possible tornado was seen coming right toward her room. Her camera was rolling as the system pounded the room's balcony and then disappeared. (Video credit: Amalia Julien)

Jim Loznicka posted video of the storm hitting the area Saturday morning. Heavy rain is seen coming down as trees whip in the strong wind.

"Waterspout off the coast of Panama City Beach, Florida. One came up at the hotel right beside us after this shot," Christopher Beasley tweeted.

Photos posted to the Panama City Beach - Government Facebook page show a home and convenience store were leveled by a possible tornado.  A resident’s photo posted by The Panama City News Herald shows the store’s roof and walls ripped away, but its counters, shelves and the merchandise they held appear untouched.

There were no immediate reports of injuries.

In Pensacola, the roof of a downtown brewery was ripped off by the storm, local news reports show. The National Weather Service has not confirmed if that was caused by a tornado.

The FOX 35 Storm Team is tracking strong to severe storms that will move into parts of Central Florida later in the afternoon and evening on Saturday and into Sunday. 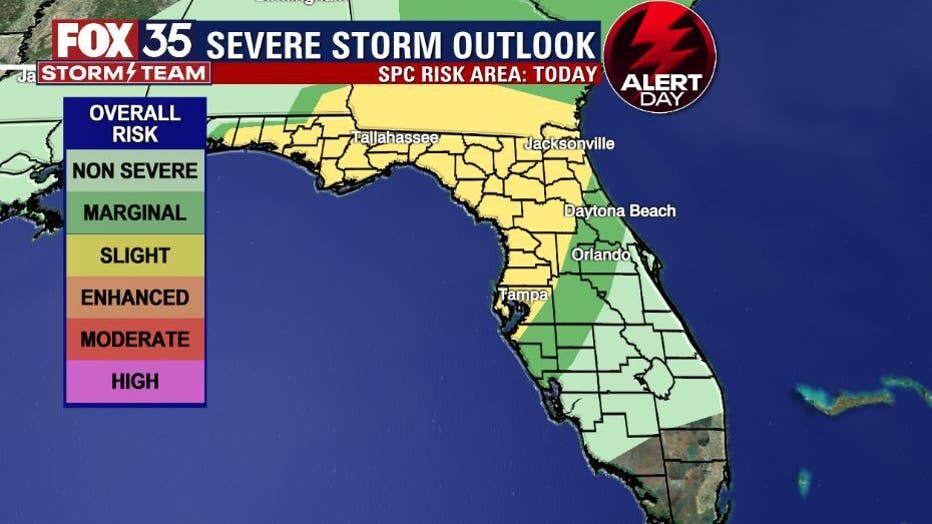 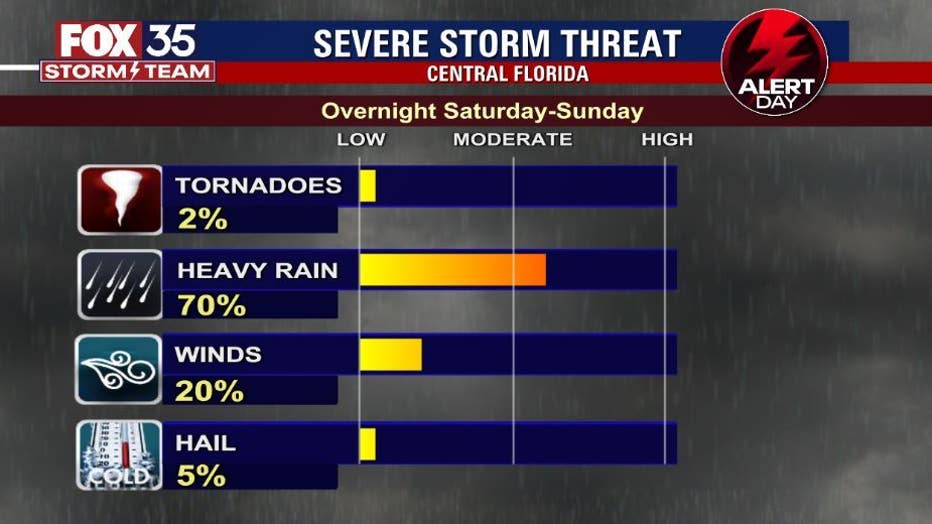 The Storm Prediction Center has upgraded North Central Florida to a 'Slight' risk for severe storms this afternoon. Portions of East Central Florida will have a 'Marginal' risk.