WOODSTOCK, Ga. - Woodstock police have arrested two suspected armed robbers thanks to the help of a group of Walmart employees.

Officers say 21-year-old Kerrick McCaslin and 26-year-old approached a woman pumping gas at the Circle K gas station on the 12000 block of Highway 92 early Friday morning and pulled out a handgun.

The two suspects demanded the woman's car and other valuables before she was able to escape and run into the gas station to call 911.

The suspects fled on foot. Hours later, police officers in Woodstock with the help of employees at an area Walmart, found both suspects inside the store.

They were taken into custody without incident. 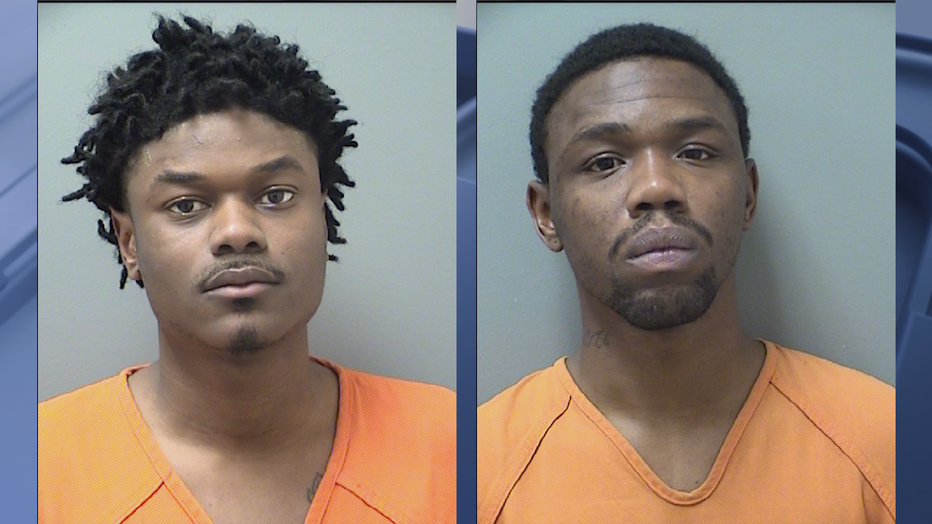 Both suspects were caught hours after they robbed a woman at a Woodstock gas station at gunpoint.

Both men now face charges of armed robbery, hijacking a motor vehicle, aggravated assault, possession of a weapon during the commission of a felony, entering auto, financial transaction card theft, and theft by taking.