CHARLESTON, W.Va. - West Virginia Governor Jim Justice has approved the recommended terminations of over a dozen Corrections Academy trainees who were photographed giving what appears to be a Nazi salute in a class picture.

The image showed more than two dozen trainees from Basic Training Class Number 18 with their arms raised and faces blurred. It was released earlier this month by the West Virginia Department of Military Affairs and Public Safety. 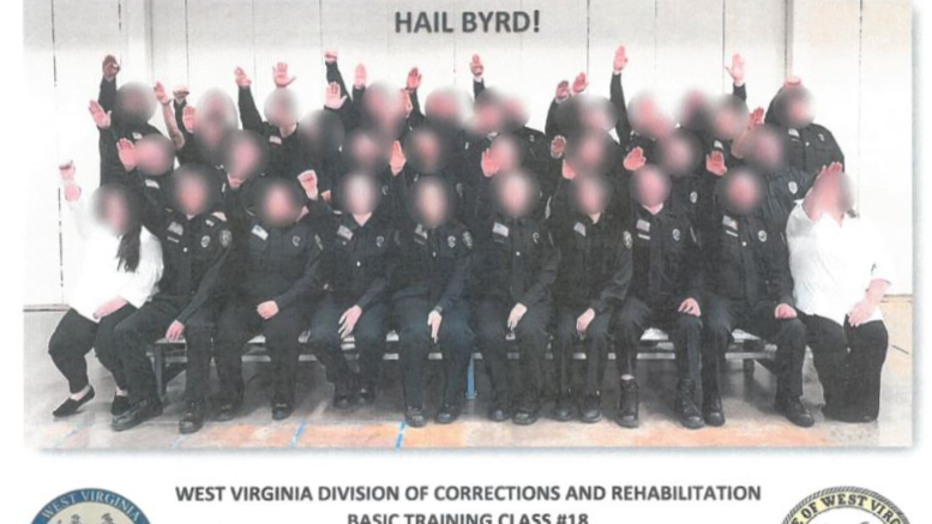 A line of text reading "Hail Byrd" was printed above the picture, which an agency spokesman said was a reference to the trainees' instructor.

Before the photo was made public, the agency's secretary, Jeff Sandy, released a memo describing the image as "distasteful, hurtful, disturbing, highly insensitive, and completely inappropriate." He wrote that the picture "betrays the professionalism I have seen time and time again displayed and practiced by our brave correctional employees."

Justice approved all of Sandy's recommendations which included the termination of one additional Academy staff member who failed to report the content of the photograph, the suspension without pay of four Academy Instructors who were known to have seen the photograph and failed to report its content and the termination of all cadets participating in the openhanded salute and the closed fist salute.

"I have reviewed the factual information regarding this incident that was provided by Secretary Sandy, and have approved all of his recommendations," Justice said in a statement released by his office. "I expressed my thanks to him and the entire Department for quickly getting this report done."