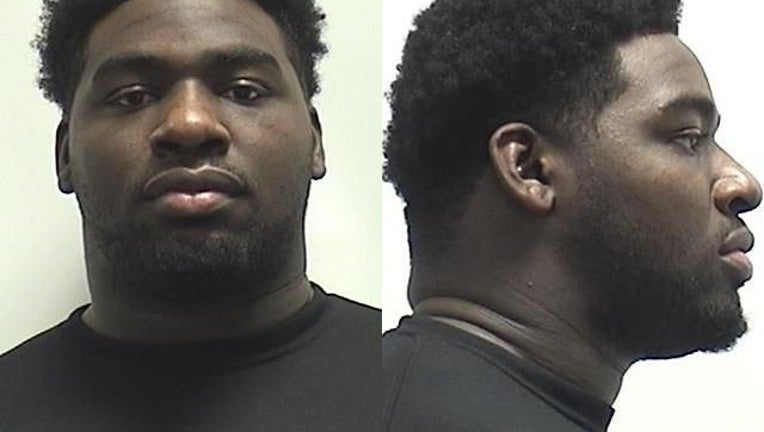 ATHENS, Ga. - Georgia defensive lineman Devonte Wyatt was arrested Tuesday on a charge of criminal trespass/damage to property/family violence, according to a police report from the University of Georgia Police Department.

According to the report, officers were called to McWhorter Hall on campus around 3:12 p.m. in response to a female and a male fighting. Officers spotted people matching the description of those who were fighting, walking outside. One of those identified was Wyatt, according to the police report.

Officers later stopped Wyatt as he was walking through the dormitory's lobby.

Police said the female left Wyatt's room in Vandiver Hall and went back to her room inside of McWhorter Hall. Authorities then reported, Wyatt kicked in the female's door “multiple times from the hallway, damaging the door and forcing it open.”

A warrant for Wyatt’s arrest was issued at 4:40 p.m. on Monday, and the Athens-Clarke County booking reported indicates it was served at 11:35 p.m. on Tuesday. 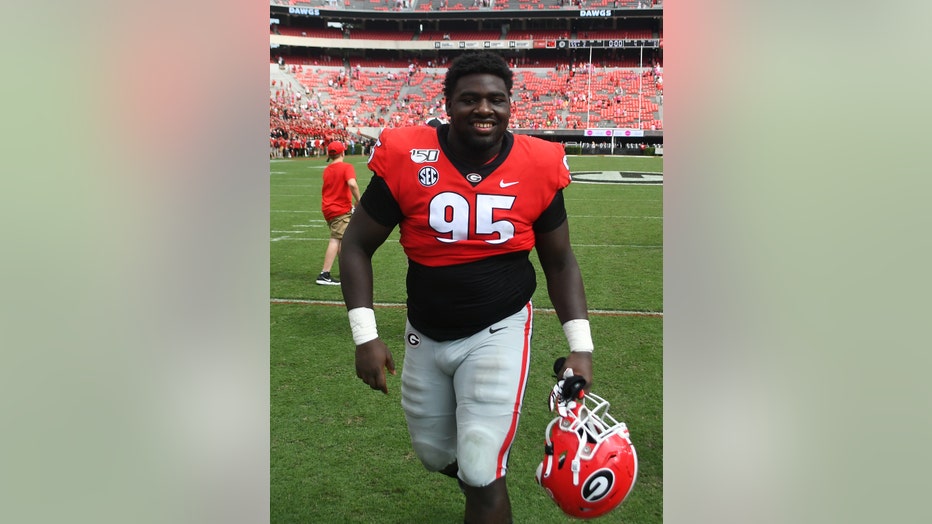 “I’m disappointed in the misconduct that is outlined in the incident report," Smart said. " This is not indicative of the behavior we expect from our student-athletes who represent the University of Georgia and our football program. We will address it internally in the appropriate way.”

The football team will soon begin to prepare for the annual G-Day spring scrimmage, scheduled for April 18.

The Bulldogs kickoff the regular season in Atlanta at Mercedes-Benz Stadium on September 7 against the Virginia Cavaliers.