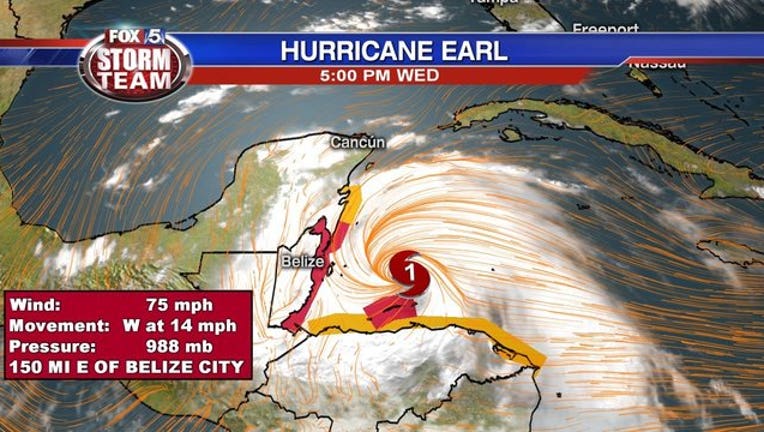 MIAMI (AP) — Forecasters say Tropical Storm Earl is expected to strengthen into a hurricane before it makes landfall.

The U.S. National Hurricane Center in Miami said Tuesday that Earl was threatening to bring heavy rains, flooding and high winds to Mexico, Belize and Honduras. All three of those countries issued tropical storm warnings for some areas, and a hurricane warning was issued for parts of Mexico and Belize.

On Sunday, Earl was a weaker tropical wave but knocked down power lines and started a fire that killed six passengers on a bus in the Dominican Republic.

On Tuesday evening, the storm was centered about 350 miles (565 kilometers) east-southeast of Belize City, Belize. It had top sustained winds of 60 mph (95 kph) and was moving west at 16 mph (26 kph).