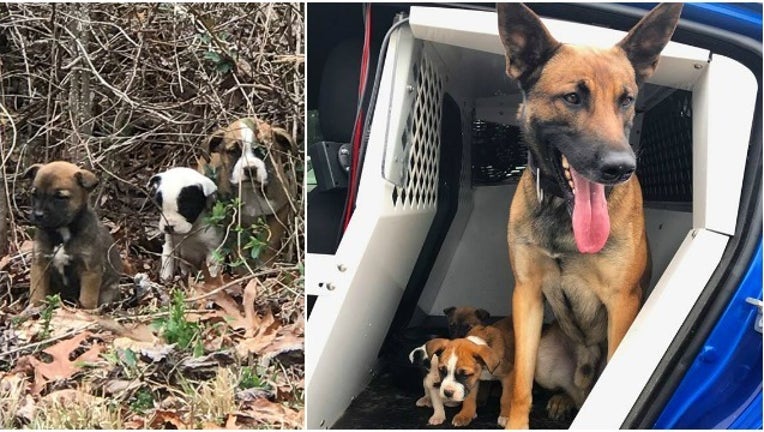 ATLANTA (AP) - A Georgia State Patrol trooper took three canine vagrants into custody - and then he and a few of his colleagues adopted the abandoned puppies as their own.

The Georgia Department of Public Safety posted on its Facebook page Tuesday that trooper Jordan Ennis found three puppies while patrolling a southwest Atlanta subdivision on Monday. He was driving in the abandoned subdivision known as a dumping site for stolen cars when he spotted the puppies in a briar patch.

The agency says Ennis and his police dog, Tek, brought the puppies into headquarters. They were promptly adopted by Ennis and three members of the headquarters staff.

The agency says Ennis suspected no one was coming for the puppies, prompting the adoption. The puppies are a mix of unknown breeds.