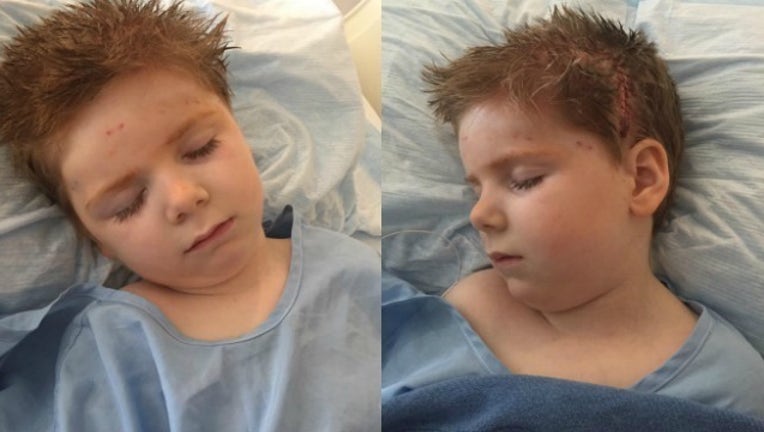 "The DENT is Gone!" Stacy Halstead said on Facebook shortly before noon. "They only put a plate on the one side. They said the other side was rock solid."

The surgery included doctors placing a plate in his head which his mother previously described as "some kind of stretchable plastic" that will grow with him over time. She said she's not sure if this will help him get better, but said it shouldn't make him worse.

Tripp is expected to spend less than a week in the hospital and will then recover for another two weeks at home.

"I know he's going to come through this surgery like the champ he is," Halstead said on Tuesday ahead of surgery.

Tripp was originally scheduled to have skull surgery in April, but was hospitalized prior to surgery. Stacy told FOX 5 because of this, doctors moved the surgery to May 11.

Tripp was critically injured in October of 2012 when a tree limb fell on him outside his day care center. He suffered severe brain injuries in the accident.